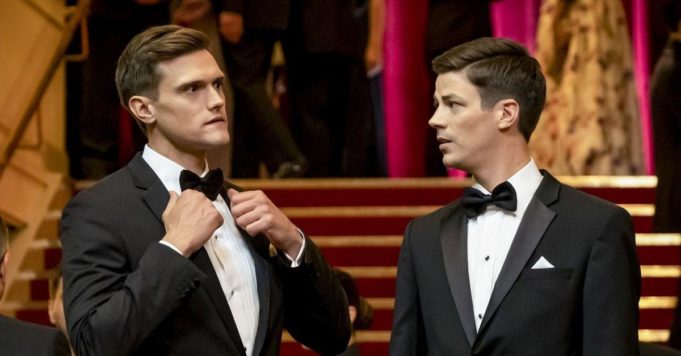 One of the main actors of The Flash has been fired … Fans wonder about the future of his character. This member of the Flash team will he die in season 7?

The announcement had the effect of a bomb … His character was one of the favorite heroes of the Arrowverse and had a bright future ahead of him. However, on Tuesday, Hartley Sawyer was kicked out of the The Flash series by the producers after his racist and misogynistic tweets, dating back a few years ago, resurfaced. After this news, Grant Gustin immediately reacted by specifying that every word spoken and in particular written counted. After Ruby Rose leaves as Batwoman, the Arrowverse must therefore manage a new scandal and surely review the scenarios of the next seasons … In the Season Finale of season 6, Ralph Dibny teamed up with Sue, who was supposed to become his future girlfriend, as in the Comics. . But then, is it possible that Elongated Man dies in season 7 of The Flash ?

Growers have a risky decision to make with season 7 of The Flash. Now that Hartley Sawyer has been fired, the question concerning the future of his character burns our lips … The writers could want to kill Ralph Dibny to explain more easily his absence. However, her intrigue with Sue will not be explored and this is unfortunate since fans have been waiting for this romance since the introduction of the character of Ralph! Another possibility would be that Elongated Man takes on another appearance thanks to his powers, and thus another actor is recast. The fate of Ralph is uncertain and it is quite possible that his character is killed … waiting to learn more, find out when could resume filming the Arrowverse series!