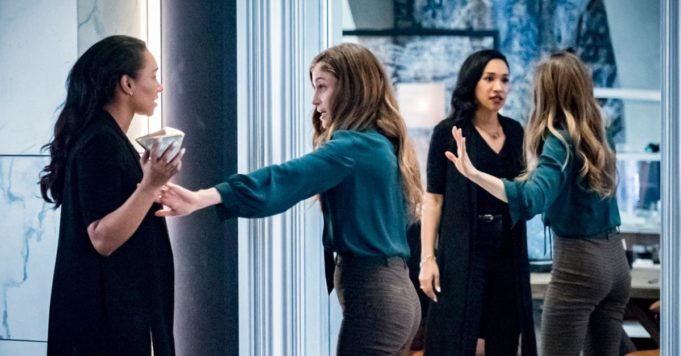 After Eva’s betrayal, is it possible that Iris wants revenge on her rival and that she kills her in season 7 of The Flash?

Season 7 of The Flash will not return before 2021 on our screens but fans already have many questions. After the interruption of season 6 due to the coronavirus pandemic, some storylines have not been concluded. In the Season Finale, Iris was still trapped in the Mirrorverse and in the final seconds she disappeared in a flash of light … Plus, the mirror was starting to play tricks on her and the madness was slowly gaining ground. wife of Barry Allen. It’s obvious that Iris will be back in season 7 of The Flash, but is it possible that she wants revenge on Eva after her betrayal? Could she kill this big bad following an excess of madness?

In the trailer for season 7 of The Flash, Iris apparently confronts Eva. She tells him to keep looking at her and try to break her, but that she’s not afraid of the woman she is today, unlike Eva. However, we never see Iris physically confronting Eva but it surely should happen once Iris is released from the Mirrorverse! It would be a great way to sum up the mirror world scenario once and for all. In contrast, Barry’s wife is unlikely to kill Eva, even though she is a formidable big bad. Iris’s soul is pure, she is not a murderer. While waiting for more info on what to do next, find out which series have qualified for the round of 16 of the 2020 Series World Cup and don’t forget to vote every day for your favorite by clicking HERE.