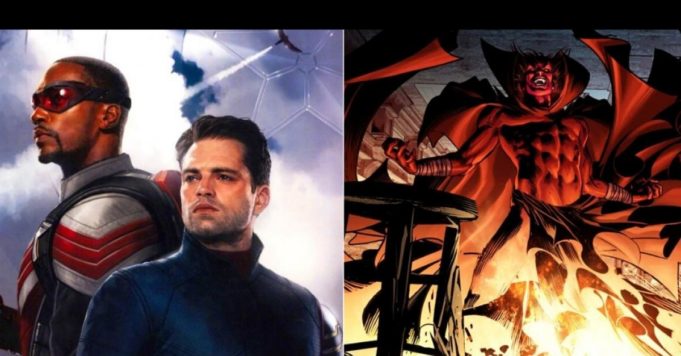 Will the Disney + series, The Falcon and the Winter Soldier, welcome one of the most famous villains in the Marvel comics?

Series The Falcon and the Winter Soldier will open the series ball Disney + and Marvel Studios. Although the filming of the show began several months ago across the globe, much is still unknown about the next adventures of Sam Wilson and Bucky Barnes. Fortunately, we can count on a few photos from the shooting, the most recent having unveiled the fictional island of X-Men, Madripoor. If the new Captain America and his teammate should find themselves in this iconic comic book place, new filming shots today indicate the potential presence of the terrible Mephisto.

These new clues come straight from the site Murphy’s Multiverse who shared several photos from the filming of the Disney + series, in which we can see a man dressed in a black jacket decorated with a sinister red head, reminiscent of the symbol of a gang. More specifically, this could indicate the presence at the heart of the plot of a super-villain well known in Marvel comics, namely Mephisto. Incredibly powerful and immortal, the character played a key role in the story Secret wars from Marvel, a bow that has been widely regarded as a key inspiration for the next Phases, while a film based on this crossover is in development on the side of the House of Ideas. If the presence of Mephisto were to be confirmed, this would allow the production to teaser its arrival to better use it later in other adaptations. Given the mysticity of the fourth Marvel Phase, it wouldn’t be surprising to find this famous super villain in The Falcon and the Winter Soldier, this could open the way to new crossovers in the MCU, even more insane than the previous ones!