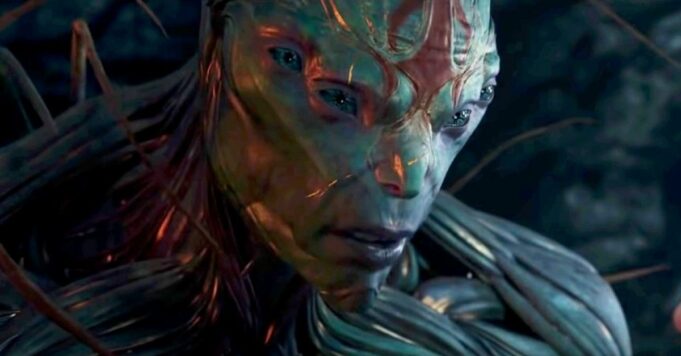 The producer of the blockbuster The Eternals reveals if the look of the deviants will be changed in the film compared to the comics.

While French fans will be able to discover The Eternals in theaters from November 3, some American journalists had the chance to see the film in preview and here is what they thought. As you know, members of the Eternals – an ancient alien race – will have 7 days to come together and face the human race’s oldest enemy: the Deviants. Comic book lovers know that these creatures are terrifying and formidable. Their appearance can change as they please and no deviant is like another. What to wonder if their look will be identical to that of the comics within of the Eternals ? The film’s producer, Nate Moore, says more.

As Nate Moore explains to ComicBook, the look of the Deviants has been slightly modified in the film so that they have more animalistic and predatory traits – with the exception of their leader, Kro. “As you know, deviants in comics are called changing people: no two deviants are alike. So in The Eternals, it’s the same, they’re all different. But you see, when these parasites kill a predator in the movie, they take the form of that predator. So they are sort of deviants resembling bats. There is also a Deviant resembling a wolf “, he explains.

DEVIANTS CAN TAKE ALL SHAPES AND SIZES

“There is also a Deviant who looks like all kinds of creatures from the myth and legend of the story. The Eternals have been sent to earth again to eradicate them, to help humanity move forward. Because deviants can come in all shapes and sizes “, adds the producer. You have understood it, these creatures are dangerous, formidable and malignant. And yet, according to Salma Hayek (Ajak), the Eternals will face an even greater threat than the deviants!