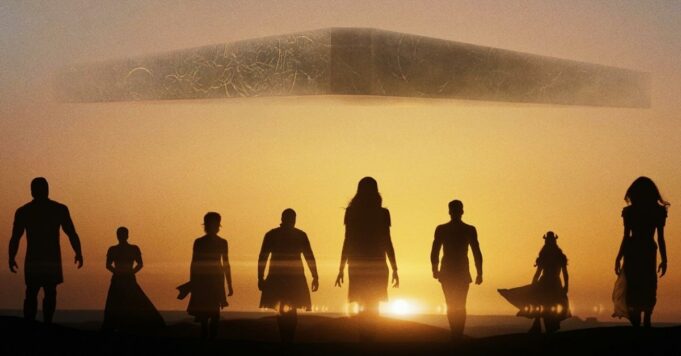 Whereas Shang-Chi and the Legend of the Ten Rings has just landed in French cinemas, the marvel studios seem to have already launched the promotion of Eternals, expected on November 3, in France. For this, the Maison des Idées notably uses the talents of Chloé Zhao and the teasing around her film. One of the questions that comes up often during interviews with the Oscar-winning director for Nomadland is obviously the absence of these new superheroes during the events ofAvengers: Infinity War and D’Endgame. This point was also mentioned by the director during her interview with Total Film, Chloe Zhao having explained that the spectators would come to understand the reason behind the withdrawal of the Eternals.

“Audiences will understand why. Not only why, but how hard not to interfere has been for The Eternals. We’re exploring that. You’ll see it in the movie. The Eternals have been ordered not to interfere in human conflict unless the Deviants are involved “ The filmmaker first said before continuing and confirming the presence of a highly anticipated Celestial in the film: “There is a reason why this is the case. It was the instruction of the first Celestial Arishem.” The presence of this character has been mentioned many times in the film without however being confirmed before. This also means that the relationship between the Eternals and their creators should play an important role in the blockbuster. An element which should take us back very far in the past and which will have something to arouse our curiosity about one of the most anticipated films of this end of the year!