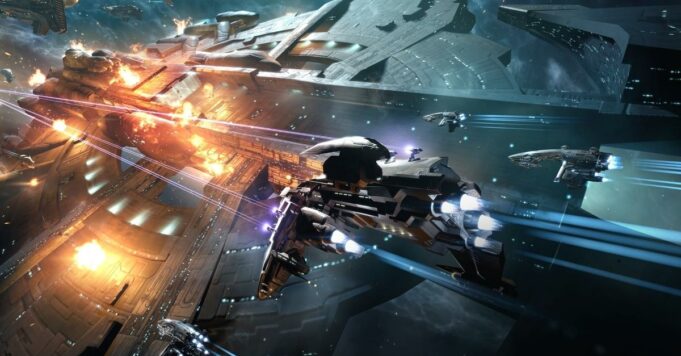 Playing online sometimes requires a high level, some titles having a very experienced community. The editorial staff offers you a selection of these particularly strong online titles.

Online games have evolved a lot in recent years and many have become more professional thanks to eSports. With more and more players, some stand out for a high level of play. Playing online is therefore no longer a guarantee of a moment of relaxation and titles have a high level of community. To hope for a place or just have a good time, you will have to persevere and devote time with a not very generous progression curve. The editorial staff therefore offers you a selection of these online games whose level is quite high. With these titles, we are here to show the muscles!

The game designed by Ubisoft does not forgive. Very complete and dense, it will be necessary to learn the least element to hope to acquire a level. Especially that it is there a team game requiring a lot of cooperation. Not to mention that your allies can kill you, adding an additional handicap.

You can’t ignore the legendary FPS with Counter-Strike games. One of the elders of eSports, asking for hundreds of hours of play. It is sometimes difficult to catch up with the level of other players, generally franchise veterans. Counter-Strike requires a long-standing investment.

Dota 2 may be accessible, the variety of characters, weaknesses, combos, styles of play, can quickly put off the new. Not to mention that with eSport, the community is well established. It will also be necessary play in cohesion with your teammates to snatch victory in tense games.

Another alumnus of the eSport scene! StarCraft II is known to be very demanding, requiring complete attention to memorize the smallest details. The strategy game has a rather intense pace and is aimed at players with a competitive nature. Mastering StarCraft II is not easy, but very rewarding.

Eve Online, it’s a confusing, complex, rich MMO. New players are launched into a huge world with skill trees, modules, and objectives. The game requires a lot of time but also to have the social fiber because being a lone wolf is never good in such a huge world. The community is heavily invested in the life of EVE Online.