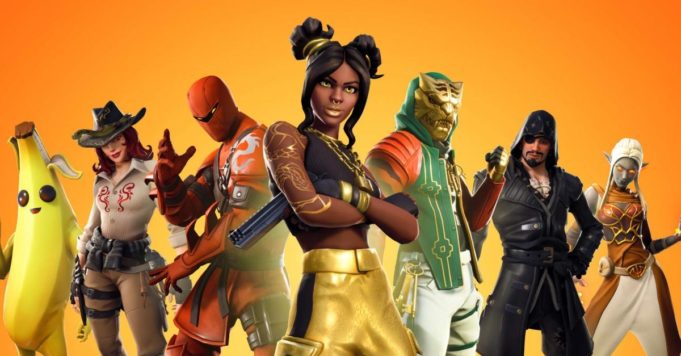 Normally a skin is to look cool on screen. But sometimes, we have to admit that it can lead to completely crazy delusions or even downright stupid. Not very intimidating for your opponents anyway!

Generally, when you get a skin, it’s to differentiate yourself from your opponents, to give yourself a little pace, why not to intimidate the enemy team or player. So to do this, it is better to find an imposing skin, which brings something more to your character, in order to establish psychological domination. Except that sometimes it is also possible to make a fool of yourself thanks to a skin, or to deceive your opponent: by giving him the impression that you do not look like anything, it is sometimes more fun to troll him by showing him that behind this appearance is hides an incredible skill. And what could be more fun than destroying an enemy with a completely stupid look?

Deadpool is not afraid of ridicule, we all know that. He often puts himself in awkward situations, and that’s what makes the character both fun and endearing: whatever the situation, he will always have the little word to make the gallery laugh.. But we must admit that finding him in a Maid costume, we did not expect it. It’s ridiculous, but it’s Deadpool so finally it passes!

We couldn’t talk about stupid skins without talking about Fortnite. And among all the choices available in the game, the Burger one seems to us to be the most stupid, and therefore the most appropriate to troll your opponent. Who wants to be destroyed or one-shot from a distance by a Human Burger? Not many people, that’s for sure …

Already, when you play Zack in Dead or Alive, it is to troll your opponent. His very design, from his looks to his in-game moves, are absolutely stupid. But when you add the Alien Invader costume to that, you literally take your opponent for less. This is the best way to beat your buddy: with a completely stupid skin that doesn’t make sense.

The gold skin of Quiet in MGS V

Only one question: why? Is it to recall the famous James Bond Goldfinger? No idea, but it’s out of Kojima’s mind, and with practice, we’ve learned not to take him too seriously, especially when it comes to easter eggs, cameos and little things that add salt and “WTF” to the general atmosphere. The Quiet en Or skin is one of those stupid things that we don’t really understand, but who are cool? We imagine ?

The toilets of Saints Row 3

If there is one thing that differentiates the Saints Row series from GTA, it is that it does not take itself at all seriously, until it offers completely absurd moments to the player. A good example of this absurdity is the in-game toilet skin. In other words, rather than playing a badass character, you literally play a toilet, which will be able to sow discord and chaos in the city. It doesn’t make sense, but we love it.