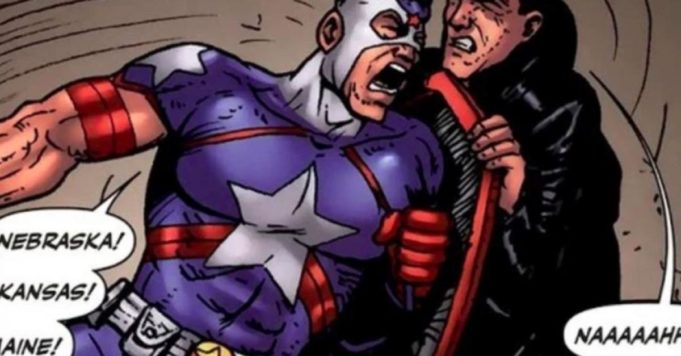 We take a look at the reasons why Soldier Boy made his debut in season 3 of The Boys.

Season 2 of The Boys is not yet streaming on Amazon Prime that we already know many details of the upcoming season 3. Indeed, faced with the undeniable success of the most bizarre series of superheroes on the small screen, the latter has once again been renewed by the streaming platform. And as good news never comes alone, it was followed by the announcement of the arrival to the cast of Jensen ackles (supernatural). The actor will play the role of Soldier Boy, a caricature of Captain America described in the comics as an extremely sensitive and fearful coward. who particularly likes to shout the names of American states during his battles. We laugh in advance!

After revealing to you the origins of the powers as well as the rather whimsical passive of Soldier Boy in The Boys, the question now is to know for what reasons the latter could intervene in season 3. In our opinion, there are two possible scenarios that would explain his arrival in the plot of the series. The first would be that of the creation of a third group of superheroes in addition to the Seven led by Stormfront. As a reminder, Soldier Boy and Stormfront are both originally part of Payback. In the comics, this is a second organization of superheroes created by Vought and which could therefore swell the ranks of the multinational.

The second, much more likely, Would Soldier Boy come and stop the leak of another member of the Seven at the end of season 2. Indeed, one can easily imagine a defeated Stormfront or a burn-out Starlight slamming the door of the group definitively, tired of having to face Homelander’s oversized ego. Either way, the arrival of Soldier Boy should add a real comedic dimension to the already wacky series. As creator Eric Kripke said when announcing the arrival of Jensen Ackles: “He will bring so much humor, pathetism and danger to the role“His legendary cowardice and brief romance with Homelander could be the source of a lot of strife inside and outside the Seven. It promises to be rock and roll!