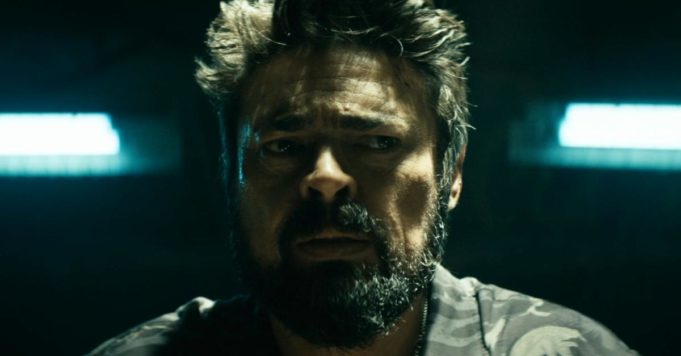 Eric Kripke threw a short film that tells us more about the character of Billy Butcher (Karl Urban), and in particular where he was at the start of the season.

“Daddy is home!” This is how Butcher landed at start of season 2 of The Boys. What was he doing before that? Where did he come from? And why was he wearing a velor jogging suit? Eric Kripke gave us the answers to our questions in the form of a 5-minute short film entitled Butcher. Suffice to say that the leader of the Boys was not at all bored during his run. Accused of the murder of Madelyn Stillwell, he runs away and goes to one of his old friends to ask him to help him find Becca. This is how we learn that Butcher was in the special forces. His friend accepts, and gently pushes him to override his sobriety, which will not be the only betrayal of the latter. While Butcher is quietly taking a shower, he goes to report him to the police, convinced that he killed Madelyn Stillwell and intends to do the same with Becca.

Exclusive brand new #TheBoys short film: “BUTCHER.” Shows where he was during Ep 1. @KarlUrban rules in it. And NEW EP drops at MIDNIGHT !! It’ll either dick kick you or cunt punt you, depending. #TheBoysTV @PrimeVideo @TheBoysTV #spnfamily pic.twitter.com/VeClqHmZpe

Then follows a violent struggle won by Butcher who ends up strangling the former soldier and setting the house on fire. Once again on the run, he received the famous French call and joined the Boys. Butcher not only serves to bring us the missing pieces of the puzzle, it teaches us more about the character, such as the fact that he was already violent long before his fight against Vought. We see a man tortured after the murder of his friend, at the foot of the wall and not knowing where to go. As had teased it Karl Urban, this season 2 of The Boys shows us more than ever a much more human side of Butcher, which we also find in episode 4 available now on Prime Video.