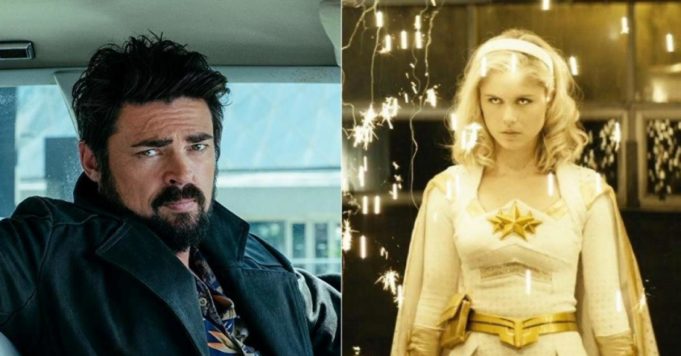 Season 2 of The Boys promises to amaze us. The proof with this unexpected alliance of Starlight with Butcher teased by Eric Kripke.

As fans anxiously await the launch of Season 2 of The Boys on the Amazon Prime platform, on September 4, the creative teams are constantly giving clues about the plot of the next round of episodes. Thus, if new video clips and official photos tease future confrontations, for his part the showrunner of the series, Eric Kripke, did not hesitate to mention the surprising alliances of season 2 in an interview with ComicBook.com. According to him, the next episodes will highlight interesting relationships among which some superheroes of the Seven will associate with the vigilantes of the Boys. While forming funny and improbable duets, these associations should make it possible to capitalize on season 1 by filming sometimes incompatible partnerships.

So, if Homelander will have to ally himself with Stormfront while Becca’s relationship with Butcher promises its share of emotions, it is truly the Boys leader’s alliance with Starlight that should be the most amazing.. “As the series will last a few more seasons, we had a lot of fun forming unexpected pairs and making it work for an episode or two. That’s why we paired Starlight with Butcher. . We sent them both on a mission because they hate each other ” Eric Kripke explained. If this could have a link with the major change teased by Erin Moriarty for her character, during the San Diego Comic Con, you should know that the superheroine will also have to team up with Mother’s Milk during an episode. Enough to provide an interesting and crazy cocktail of which only the series The Boys has the secret and which you can support right now during the Series World Cup on Melty!