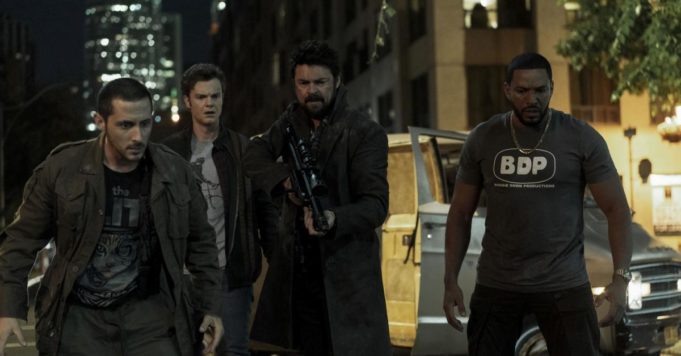 An MCU-like theory could explain the death of a character at the start of Season 2 of The Boys. Attention spoilers!

Available since September 4, the first three episodes of season 2 of The Boys offered breathtaking and explosive scenes. Enough to start this second round of episodes, several sequences being particularly noteworthy. This is particularly the case of the death of Susan Raynor, the young woman who worked closely during season 1 with the Boys. If we thought that the CIA agent would serve as their ally thereafter, the band of Billy Butcher being now on the run, the series once again surprised us, choosing to literally explode Raynor’s head. . As bloody as it is shocking, this scene stunned many fans, as they wondered who could have murdered the agent.

One of the theories relayed by Screen Rant suggests that Vought International could use one of their superheroes, with the latter constantly spying on the Boys once they get out of their cradle. Having a build similar to that of Ant-Man in the MCU or of Atom in DC, it would therefore be the superhero Swatto, a member of the Payback and a secondary character in the comics The Boys. The use of such a character does not appear surprising, the showrunners having also used Eagle the Archer in the first episodes of season 2. If it will be necessary to wait for the sequel to know the real reasons behind the murder of Raynor, he However, it could be that the pharmaceutical interest highlighted by Stan Edgar (Giancarlo Esposito) against Homelander, that is a first clue. Raynor might have uncovered a more important secret than the one surrounding Compound V, which may further explain why the Boys escaped this assault unscathed. A turnaround that deserves to include season 2 of the Amazon Prime series in The Series World Cup, the 2020 edition currently taking place on Melty!