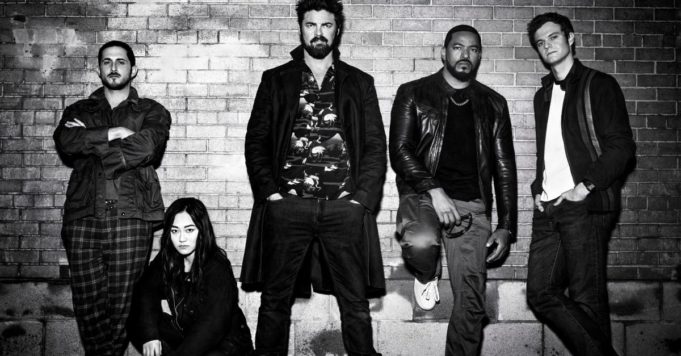 Season 2 of The Boys is fast approaching, and we already have certain expectations.

It is this Friday, September 4 that the broadcast of season 2 of The Boys will start on Prime Video. You will first have the right to 3 unreleased episodes, before the platform switches to a weekly broadcast. If we believe Eric Kripke, the creator of the series, this one week break will be necessary to digest everything that will happen in the episodes. Suffice to say that after such a statement, we expect a show just as crazy, if not more, than was season 1. Moreover, we already have certain expectations for season 2. Here are 5 things we would like to see in the new episodes of The Boys.

1. The Boys vs the Superheroes

In this new season of The Boys, we would like to see even more physical confrontations between the group of Boys and their enemies the Seven. That is to say even more action in the middle of the shenanigans of the ones and the others. We admit, the fight would really not be fair since the Boys don’t have any superpowers and don’t seem to want to use the V component anytime soon, but it would nonetheless be epic.

2. Learn more about the Boys

It is known why Mallory recruited Butcher, but it is not clear how the Cream and the French came into play, or how the group operated at that time. We only know that things ended up going badly. It would be interesting to learn more about the group before meeting Hughie. Were they friends? Why were they recruited? How did they become experts in superhero combat? Have they been trained? What are the Boys’ motivations? We still have a lot of questions about the group formed by Butcher, Hughie, Cream, Kimiko and the French!

The reveal of Rebecca Butcher’s survival and the existence of a child of the Protector tops the best twists of Season 1 by far. His presumed death had been the driving force behind Butcher’s need for revenge, but also his collaboration with the CIA. Season 2 is expected to hit even harder with an even more unexpected turnaround.

4. Further exploration of the themes of the series

Behind the unusual characters of The Boys and its completely crazy sequences hides in particular a criticism of the star system, represented by Vought and his superheroes. So we hope that season 2 will go even further in this review, tackle new themes and ask new questions about our society. Another interesting point in the series is the more than ambiguous morality of the members of the Boys group. Often up against the wall facing superheroes who can exterminate them in an instant, they use all the possible means at their disposal, even if it means using violence or even killing. It would be interesting to explore the limits of the group’s moral sense, how far they are really willing to go, and if they really are the “good guys” in the story.

5. Go even further into the crazy side

One of the things we love most about The Boys, it’s his completely crazy side. The writers of the series sometimes go far, see very far. You can expect almost anything, even witnessing the impaling of a whale, as shown in one of the clips from Season 2 (see above). We therefore hope that this little taste is just a glimpse of the crazy situations that await us in the new episodes. Something tells us that we are not actually at the end of our surprises … If you like The Boys, support the series for the 2020 World Cup by voting for it and your other favorites.