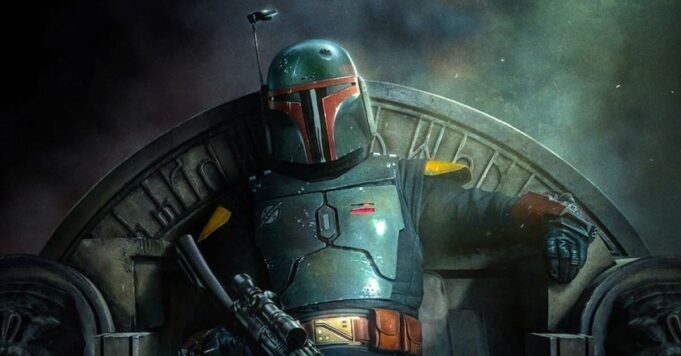 Boba Fett’s Book comes out on December 29 on Disney + and we know more about the plot of the series.

A few weeks ago, the first trailer for the Book of Boba Fett was unveiled, enough to put our teeth in before the broadcast of the first episode on December 29 on Disney +. We now know a little more about the plot of the upcoming Star Wars universe spin-off. Temuera Morrison will obviously reprise his role as Boba Fett for the series. As we could see in the trailer, Boba Fett arrives on Tatooine in order to recover the throne of Jabba the Hutt … The end of season 2 of The Mandalorian revealed Boba Fett and Fennec Shand arriving on the planet and killing Bib Fortuna. Boba Fett thus begins to reign.

Jon favreau, the producer of the series, confided in this new project. He begins by explaining that Jabba The Hutt left a great void in the galaxy after his death.. A great opportunity arises for Fett: “There is a power vacuum, because Jabba is gone. Jabba was clearly a very strong and imposing leader, that people were very afraid of and who seemed to lead with an iron fist. You take someone like that out of there. ecosystem of Tatooine – and Hutt space in general – and you have the opportunity that is ripe in the gangster genre. “ He goes on to say that we will see a whole different face of the bounty hunter : “We will see a lot more of his true character in this season. And you will certainly see him having to go into ‘barbarian mode’.”

Fett’s psychology will therefore be explored in this next show and will test his ability to lead. We will also most likely have the opportunity to learn more about Bib Fortuna coming to power before being killed by the bounty hunter duo. In The MandalorianBoba Fett was at times vulnerable and compassion sometimes took over. The Book of Boba Fett will continue to explore that side of the character. Not to mention that we will see him more ruthless than ever in the episodes. The series therefore promises a page of renewal for Boba Fett. Moreover, a new image shows us a little more about the universe of the Book of Boba Fett that we will discover in a little over a month on Disney +.