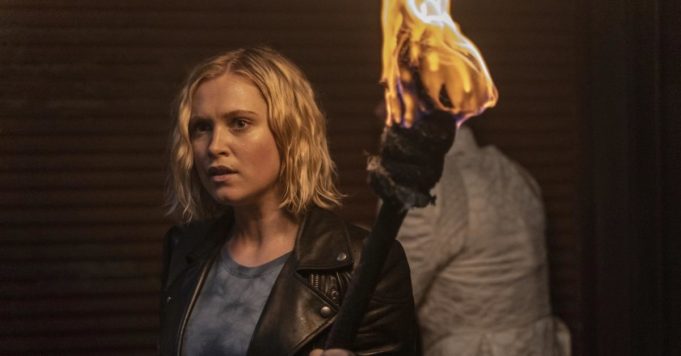 Season 7 of The 100 returns in a few days but will this character be part of it?

You still have a few days to vote right here for The 100 if you want her to have a chance to win the 2020 World Cup on melty ! And while waiting to know if it will take the next step thanks to its fanbase, we are looking at the next episode and especially on a character that we would like to see there. As fans know, it’s been a while since we last saw Gaïa, Indra’s daughter, who was knocked out and then kidnapped by a mysterious Disciple a little while ago – yes. , it was in episode 4 of season 7 that we saw her for the last time.

It is still unclear what the Disciple who kidnapped her wants to do, just that he has deactivated the Anomaly Stone of Sanctum. The duo, however, disappeared in the heart of the Anomaly just before the passage closed., so it could be that they’ve been stuck between two worlds all this time. Either way, that doesn’t seem to bother Clarke, Raven and the others and that’s a shame. Gaïa had a major role in the life of the characters and in particular in that of Madi. Since the storylines of Season 7 are as complex and fast as ever, the characters apparently haven’t had time to question their missing friend yet.

Episode 13 of season 7 of The 100, which will air in a few days on the CW, could (finally) make Gaia reappear so that we know what happened to her. Whether she’s back on Sanctum or just present in the episode, any kind of news will be good to take.. We do know, however, that only 4 episodes remain in Season 7, which is also the last – meaning that Gaia’s plot resolution could be very quick or even slightly sloppy if there are still plenty of story to conclude for the very end of the series …