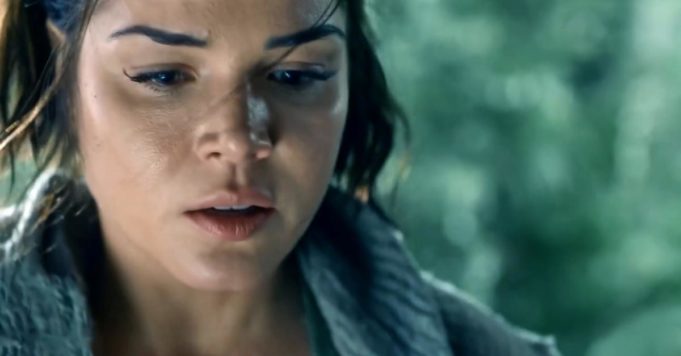 Season 7 of The 100 is almost over and it could end a very strange thing.

The 2020 Series World Cup continues on melty and you can still vote the days right here for The 100 and your other favorite series so they have a chance to win the trophy! While waiting to know if The 100 will go to the next step, we are interested in some rather strange details which, the more the episodes pass, the more striking we seem. And it’s characters who meet or discuss together that we are going to talk, or rather those who have been in the series for a very long time but who have never really had a scene together or a big exchange, starting with Emori and Octavia.

It has been several years since the series aired on the CW, however over the course of the episodes we have very rarely seen Octavia and Emori together. The two young women always seem to have intrigues between them, and even when they are in the same place, exchanges are extremely rare. Each being endowed with a certain character, we must admit that we would very much like to see them talking to each other, whether in a relaxed situation – rather rare in the series – or in a stressful situation that would require their collaboration. The two young women would surely get along well, and that would add a bit of novelty to the series.

While we are waiting for the broadcast of episode 13 of season 7 of The 100 which arrives in a few hours, we can not help but say that the series has a large cast but that she always makes the same characters interact together. Each new exchange is a source of development and surprises, and that is clearly what we are looking for as the end of the series approaches.. We therefore hope that Octavia and Emori will have the opportunity to get to know each other more in the sequel, but they are not the only ones since many characters would deserve to rub shoulders with several survivors that they rarely meet.