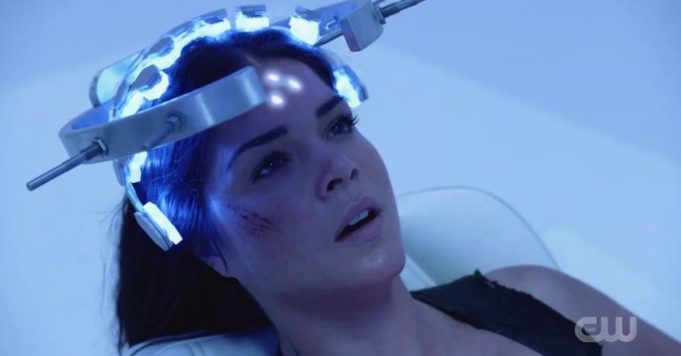 Episode 5 of season 7 of The 100 has been broadcast and it’s time to discover our verdict!

First of all, watch out for spoilers on episode 5 of season 7 of The 100 in what follows. Eh yes, “Welcome to Bardo” is full of twists and above all he finally reveals the fate of Bellamy in his last minutes. Octavia’s brother, transported to Bardo by a Disciple, has only time to tell his sister that he will not abandon him before a Disciple detonates himself next to him. Octavia, Echo and the others think he is dead, but it is hard to think that this is how the writers would get rid of such a cult character in the series, so we are waiting to see more …

Episode 5 of season 7 of The 100 is punctuated by very (too much?) Many backtracks which clearly make the chronology of the season very difficult to follow. Yes, because in addition to flashbacks, you have to take into account that time does not flow in the same way on Sanctum, Skyring (or Penance) and Bardo. Suffice to say that even with the indications of the series, we find ourselves completely released at the end of the episode. This is the big criticism that can be made of this season which embarks on increasingly complex intrigues when it could have been simple and effective.

In addition to the time that flows differently on the planets, the journey through the Anomaly can cause total amnesia if time passes more slowly where the person goes. From where a problem for Octavia supposed to completely forget Hope after its return on Sanctum, but which recognizes it nevertheless when it stabs him in the arm … It is with this “explanation” and going back to the end of the previous season that The 100 try to explain to us what’s going on, but without lying to you, it didn’t really help us understand everything. And while we take the lead on a multiple chronology, on Sanctum the troubles continue because of the Prime and the Dark Commander having taken possession of Russell Prime.

Indra discovers him quite quickly, and decides to remove the chip from Russell Prime to avoid any possible reincarnation once he is finally dead. While Sheidheda’s presence in Russell seemed like a big revelation, one wonders if this story has already ended with the extraction of the flea from his neck. And if so, we also wonder what was the purpose of this plot? Was it just to keep the survivors still at Sanctum? In short the series is lost trying to advance on too many intrigues at the same time, which does not leave time to the fans to appreciate the time spent with their favorite characters during the very last season.

Episode 5 has at least had the merit of teaching us a lot about Bardo and the Disciples, as well as their leader Anders. We now know that he sees Clarke Griffin as a key to winning the last war in humanity. Their ultra-technological society inherited from the former inhabitants of Bardo could represent the future and Gabriel hypothesized that a stone linked to the Anomaly is on Earth. However, it will be necessary to wait for the broadcast of the next episode on the CW to find out where Clarke is and what she will do with her group to leave the planet on which she landed.