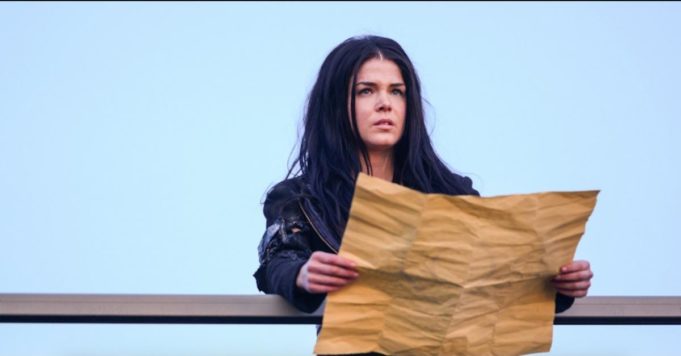 After the broadcast of episode 4 of The 100 season 7, it’s time to discover the promo video for “Welcome to Bardo”.

In episode 4 of The 100 season 7, Clarke, Raven and the others landed on a new planet. There are 6 in all and this is yet another one that we will be interested in in episode 5 broadcast next week on The CW. As the name of the episode suggests “Welcome to Bardo”, we will discover the planet Bardo on which Octavia is now found after having been taken by the Disciples alongside Diyoza, while it was on the planet Beta. Will her friend also be by her side in episode 5? Not so sure, since in the promo video, we only see Octavia, who is apparently taken as a guinea pig since she will be blocked on a chair for individuals to explore her brain and memory.

Next week in The 100 season 7, Murphy and Emori will continue to play their role plays on Sanctum, but things could unfortunately quickly degenerate in “Welcome to Bardo”. As the promo video tells us, Russell will be ready to take revenge, he is now possessed by the Dark Commander, and will want to kill many people, or even everyone. Murphy also seems in danger in this promo video, and we know, as this is the last season, we could witness the deaths of important characters in the episodes to come … Until we discover the continuation of the series from next Wednesday on The CW, we take stock of the survivors of the 100 originals still alive in season 7 of The 100.