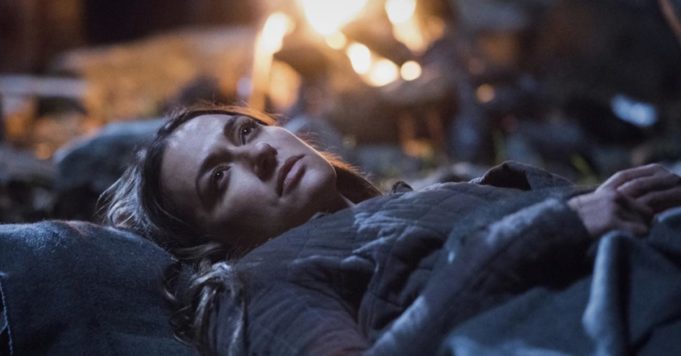 After the broadcast of episode 4 of The 100 season 7, it’s time to discover our verdict of “Hesperides”.

Last week in The 100 season 7, Raven had blood on his hands, being forced to let some people die to save his people. And things did not work out for her, eaten away by guilt in episode 4 broadcast last night on The CW. In “Hesperides”, Clarke, Raven and the others were visited by several masked disciples and were able to study their equipment to discover that there were several anomalies which were “bridges” between six planets. The whole clan, except Gaia who preferred to stay on Sanctum to protect his people and watch over Madi, then decided to go through another anomaly to land on another planet hoping to find Bellamy and the others. Unfortunately, the tribe arrived on Nakara, the icy and apparently totally deserted planet, with no human species on the horizon.

The action of episode 4 of The 100 season 7 also focused on the planet Beta, where Hope grew up alone with a prisoner, Dev, who taught her to fight for many years before he was arrested and killed because of the Disciples. In the present, Hope, Gabriel and Echo have approached another prisoner, Orlando, who after a difficult cohabitation has agreed to train them to fight against the Disciples and thus be able to cross the anomaly when they return to the planet . At the end of almost 5 years (time passes much faster on the planet Beta than on Sanctum) the hour had arrived for the tribe to immobilize the Disciples to take their equipment and escape. But Echo, full of rage and really ready to do anything to find Bellamy, did not follow the plan of Gabriel and Hope by choosing to kill the Disciples and to leave Orlando alone on the planet, so that he does not throw the truth on them.

The heinous behavior of Echo who therefore turned into a real avenger, ready to kill many people to achieve his ends, ended up costing the life of Orlando who was however his friend. On planet Sanctum, before the team traveled to the new Nakara world, Clarke learned that prisoner Orlando had committed suicide, alone on Beta. If Echo has blood on his hands, Raven was also able to add in this new episode, she who had to kill Disciples to save the lives of Clarke, Miller, Gaia and the others. This episode 4 of The 100 season 7 has taken a long time to start, the first thirty minutes have hardly answered our questions … And at the moment, we still don’t know where Bellamy, Octavia and Diyoza are, or even how Clarke and the others will find them. While waiting for the rest of the series, discover how many survivors of the original 100 are still present in season 7 of The 100.