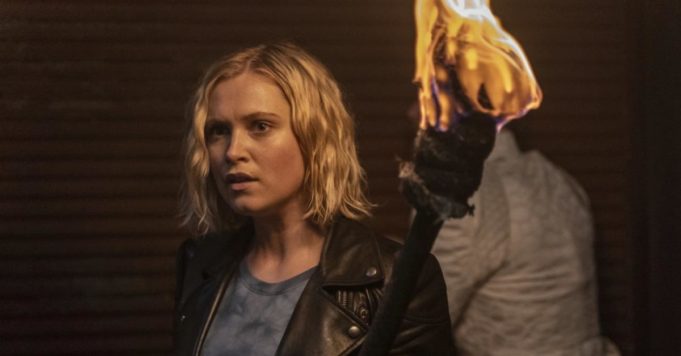 Season 7 of The 100 is over but some plots are still just as difficult to digest.

While we recently revealed to you all these questions that season 7 of The 100 will never answer, this time we tackle another subject: the intrigues that did not really convince us. Watch out for spoilers in what follows if you still haven’t seen all the episodes. The disturbing first plot, and not just for us, concerns the death of Bellamy (Bob Morley). Even if it is the actor who had asked to be less present in The 100, the writers expedited his death to advance the plot at the expense of the bond viewers had formed with him.

The fact that it was Clarke who had to kill Bellamy to protect Madi could have resulted in a devastating scene. Only the death of Bellamy arrives at the end of the episode and neither the characters nor the viewers really have time to mourn this flagship character of the series. Another plot that has moderately convinced us concerns Clarke. The latter may have had a primary role in the last episodes, it is clear that it was especially conspicuous by its absence in this final season.

Due to the distribution of the plots on several planets – and several timelines – it sometimes took a few weeks to see Clarke and his group again. An annoying detail in the last season, especially since Clarke has been at the heart of the series since the very first episode. Finally the plot which clearly disappointed us in season 7 of The 100 is that of Sanctum. Not very interesting, it mainly prevented us from seeing what was happening to the other characters at the same time. Sanctum was a good addition in Season 6, but it proved superfluous in Season 7, and even more so with a story revolving around Sheidheda who should have died much faster in the series.