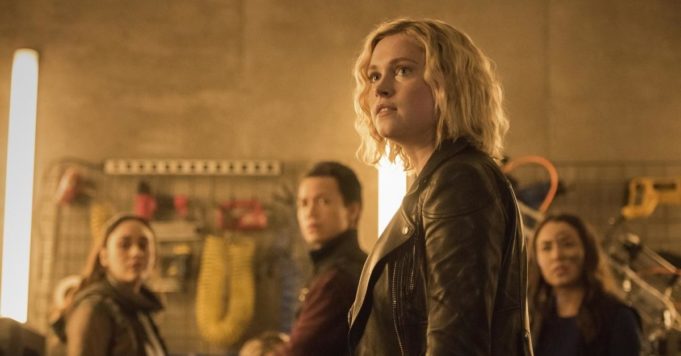 An important death took place in season 7 of The 100, the actor in question is speaking. Warning, spoilers.

Watch out for the big spoilers on episode 13 of season 7 of The 100 in what follows. The news went around the web even before the episode was seen everywhere and for good reason: it marked the death of Bellamy Blake (Bob Morley). A hero since much of the series’ very beginning, Bellamy was sacrificed by Clarke to keep Madi safe and sound – in theory since Clarke didn’t take the sketchbook with her before escaping through the Anomaly. So Bellamy’s death is hard to digest, especially since the actor took advantage of social networks to express himself on this unexpected event.

Spoiler Alert !!!! ???? ???? ☺ ???? ???? ???? Hopefully that is enough space to avoid spoilers. Ok. Well what a wild and life changing ride it has been. I am deeply grateful to all that have been involved in this production over 7 long years. I’d like to thank the Crew, Cast, Writers, Production office, Casting, Vancouver, CW and WB. And I want to thank the FANS that have gone along this journey with all of us. I have forged memories on and off set and at conventions that will burn brightly for the rest to my life. Farewell Bellamy, it’s time for the big sleep, rest easy. You are finally free.

“I am enormously grateful to everyone who has been involved in the production of the series over the past 7 years. (…) And I want to thank the FANS who have followed us throughout this adventure. ..). Farewell Bellamy, it’s time for a great rest, rest in peace. You are finally free “. Touching words that will not necessarily appease the anger of the fans. Bellamy’s death caused by Clarke is a far cry from what we expected for the end of Season 7 of The 100, and the apprehension is very present concerning the next episodes. While waiting to find out, you can vote for The 100 and the other World Cup 2020 entrants every day right here.