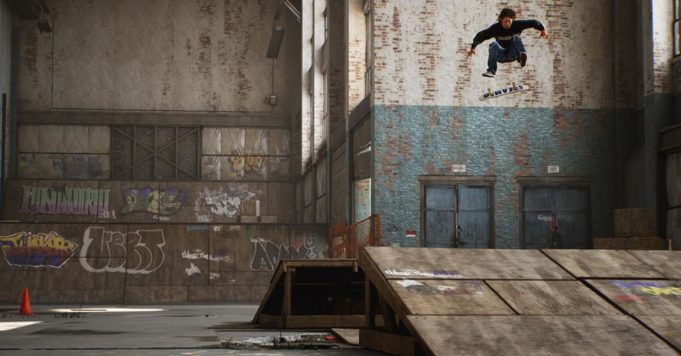 Tony Hawk’s Pro Skater is the kind of game that absolutely everyone has played on PS1, and that has made the console famous around the world. The first 2 opus land in remaster more than 20 years later, and here is our opinion.

In an age where releasing a game is risky given the budgets required (apart from indie games of course), it is quite easy for studios and publishers to play on the nostalgia aspect with the remasters of licenses and other games that marked the JV in their time. If some do not go very far in the work accomplished, this is clearly not the case for the studio. Vicarious Visions, which seems to specialize in that with this remaster as well as the one of Crash Bandicoot which was excellent.

Being small (the game was released, I was 7 at the time), I loved to wander through everything Warehouse, the game’s first skatepark. My favorite trick? The Melon that is executed by holding the left command and the circle key. For having easily done it thousands of times, the feeling is totally anchored in my hands. Well believe me or not, but 20 years later with this remaster, the feeling is exactly the same as it was back then.

After frankly failed Tony Hawk’s game suites, it’s crazy what Vicarious Vision has managed to accomplish by taking us back 20 years, giving back feelings never forgotten, but too long untapped, all with current graphics.

Be careful, unlike other skate games which are more of a simulation, Tony hawk’s is it completely arcade oriented. Are we here for fun or what? Proof of this is the gameplay options that can be activated or withdrawn at will, such as the permanent special, or the inability to fall. Even with its options, it will not be easy to achieve the many objectives of the “story” mode of the game.

Indeed, it will be necessary to learn to chain tricks without interrupting a combo in order to achieve the necessary scores for the completion of said objectives. A difficult challenge, but very precisely measured.

The interest of the game here is not to be full of eyes or to be photorealistic. The title remains realistic on the capabilities of current consoles and operated very correctly with 60 constant FPS and artistic direction corresponding well to the license. Tony Hawk’s Pro Skater 1 + 2 Remastered still has the HDR for those who have a compatible TV / monitor. Nothing to say about it, the title offers convincing environments, and when we see the face of the PS1 games now, we can only rejoice to dive back into the adventure without having bleeding eyes.

If you want a more personal adventure, you can create your own skater. If the customization options for the boards as well as the clothes are absolutely enormous, we would have liked more possibilities with the face and the morphology. On the other hand, the huge novelty that is really worth the detour is the park editor which makes skateparks created by players available online.

Anyway, everything runs like clockwork with this Tony Hawk’s Pro Skater 1 + 2 Remaster! Vicarious Visions offers us once again a remaster worthy of the title. An identical gameplay which gives us an identical feeling to the first games which were excellent, with renewed graphics, and appreciable new features.