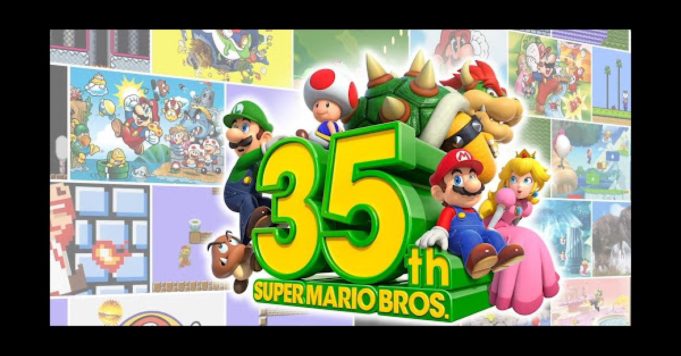 Nintendo surprised its world on September 3, with a special Nintendo Direct, just for the 35th birthday of the mustached plumber. On the program, lots of remasters, new games and everything you need to have a good end of the year!

It had been a few hours since rumors were rife: various members of the industry had been able to indicate that a Nintendo Direct surprise dedicated to the Mario license would arrive during the day. But considering the fact that a lot of recent rumors turned out to be wrong, we didn’t really want to believe it … and finally, at 3 p.m., Nintendo was able to release Direct on its Youtube account, and reveal lots of information on what will await fans of the most famous Italian plumber in the world for the end of 2020, and the beginning of 2021. And we start with a collection that should delight a large number of players.

This is the good news that everyone has been waiting for: the games Super Mario 64, Super Mario Sunshine and Super Mario Galaxy (originally released for Nintendo 64, Gamecube and Wii) will be part of a collection available from September 18. FYI, the graphics of the games have been improved overall to better match current video game standards. So, finished on 4/3 (except for Super Mario 64, remained as is), all these games switch to 16/9 to match the Switch screen. Various textures and models have been remastered ingame, providing an improved experience compared to the games of the time. All without having to plug in your old console to enjoy it! On the other hand, bad news: this collection will only be available in limited edition until next March. Suffice to say that we will have to jump on it at the exit …

Super Mario 3D World is an excellent game, but it had the bad luck to be released on Wii U. Nintendo’s previous console had sold rather badly, few players had the chance to test this Mario opus so obviously, many were waiting looking forward to its arrival on the Nintendo Switch. And it’s now done, with a + version that will be available on February 12, 2021. We’ll have to wait a bit, but at least we all have confirmation that it’s happening!

This was to be expected, with the success of games like Tetris 99 or more recently Fall Guys. Nintendo embarks on Battle Royale with Super Mario 35, available October 1 (and playable until March 31, 2021), only to players registered with Nintendo Switch Online. The goal is simple: go through well-known levels of Mario games along with 34 other players, and try to perform better than them to finish as the only survivor.

A Mario Kart larger than life?

A Mario Kart larger than life?

We also got the announcement of Mario Kart Live Home Circuit. This is the surprise announcement of this Nintendo Direct, because no one had heard of it until now. The idea is simple: with remote-controlled cars, you can recreate tracks from the Mario Kart game in real life. We turn on our game, we play, and the cars arranged in our living room follow the movement of his Kart ingame. In short, enough to make Mario Kart races even truer than life, and it will be available on October 16.

We know how keen players are on console reissues. Between the Megadrive Mini, the NES or the Super NES Mini, needless to say how much these reissues of old consoles have pleased fans. And now for Mario’s 35th birthday, Nintendo is preparing to release a special edition of the Game & Watch console (which allowed Nintendo to become more democratic in the 80s), with directly integrated Mario games.. This console also allows you to play Super Mario Bros The Lost Levels, this famous compilation of levels that were never released in Japan at the time. It will be available from November 13.