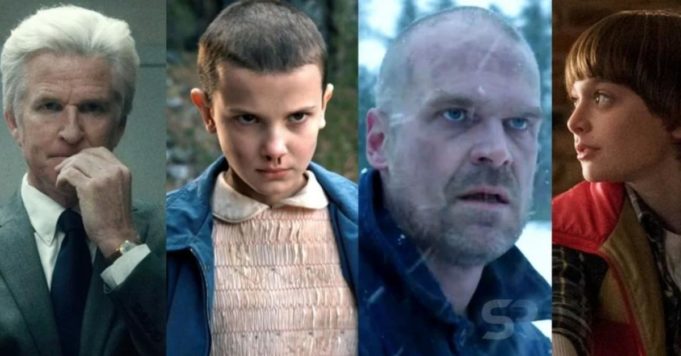 Stranger Things wanted us to believe in the death of these characters, but it was only a decoy: they will indeed be back in season 4.

If fans are excited to hear that Season 4 of Stranger Things won’t be the last, they can’t wait for it to air on Netflix ! As a bonus, season 3 of the fantasy series ended on a steep cliffhanger, leading us to believe that Sheriff Hopper was dead. Luckily, this was just one more decoy devised by the creators of Stranger Things, because the last trailer to date revealed the survival of Jim. This isn’t the first time the Netflix series has played with our feelings, making us believe in the deaths of these other iconic characters. Take a look back at all those times when our hearts were broken (except for one of them of course)!

When little Will Byers went missing, everyone in Hawkins was worried. Still, the lab executives didn’t have a shred of qualms when it came to lying to his parents and others, making it look like Will had drowned to hide the truth about his disappearance. The lab even made a fake corpse, but luckily Jim Hopper quickly figured out that it wasn’t Will. Afterwards, Joyce and the latter traveled to the Upside Down, the horrific world in which Will was trapped. Luckily, he was saved, but now he has to live with the scars left by the Upside Down …

If Eleven was locked up in Hawkins’ lab, it was because Dr. Brenner was doing a lot of experiments with her due to her powers. When she escaped, she met Mike, Will, Lucas, and the others with whom she bonded. Afterward, the Demogorgon attacked his friends, and without Eleven’s help, the teen gang certainly wouldn’t have survived. The problem is, in facing this terrible creature, Eleven risked her life, disappearing immediately after defeating the monster. In fact, she only made a small tour of the Upside Down and luckily returned to Hawkins afterwards! Thank you Stranger Things for this new great fear …

If there is one that could have stayed dead, it is Dr. Brenner! If the Demogorgon brutally attacked the scientist, season 2 of Stranger Things revealed he was not dead. The problem is, he has since disappeared from radar and no one knows where he might be hiding.. No one except this fan, who is convinced that Dr. Brenner will be revealed as the famous “American” in season 4 of Stranger Things. After all, that could explain several things … And if it is also confirmed that he is the only one who can help Eleven, now devoid of his powers, then we hope he will be in good shape!

Finally, the previous season ended with the death of Jim Hopper, but several clues let us believe that he could not be gone forever! The sheriff actually appears to be a prisoner in Russia, and it’s always better than knowing he’s dead, leaving Eleven an orphan once again. We can’t wait to see how the other characters find him and the sooner the better! Until you find out more, you can still vote for your favorite shows in the World Cup series.