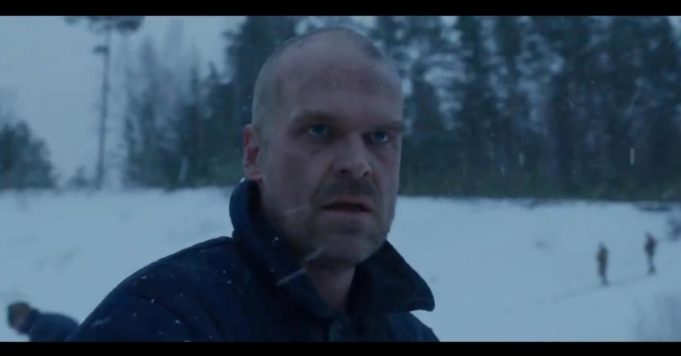 If season 4 of Stranger Things won’t arrive on Netflix anytime soon, there is a theory that the Jim Hopper seen in the trailer is a clone of the real sheriff!

Several months ago, the trailer for season 4 of Stranger things Unveiled by Netflix confirmed Hopper’s fate: the sheriff is alive and well. When everyone thought he was dead, Eleven’s adoptive father was seen as a prisoner in Russia. If fans of the fantasy series wonder how the sheriff could have survived, a theory Screening wants the Jim Hopper seen in the trailer to be just a clone of the real character. Two hypotheses could explain how a second version of the sheriff would have been trapped in Russia. The first would be that Jim Hopper threw himself into the Upside Down before the gate closed. Inside, the sheriff could have crossed paths with the Mind Flayer, a creature capable of reproducing clones of its visitors. This is what happened with Billy, just after the monster implanted a piece of him. What would he have cloned Jim Hopper for? His first interest would be to “possess” the sheriff so that his clone brings him closer to Eleven, with whom he maintains a special relationship.. Controlling a new human would also be a way for the Mind Flayer to intervene as it pleases in the world in which Will, Mike, Dustin and the others live.

Another theory would justify the cloning of Jim Hopper (David Harbor), and this time, it would not be the beast that was behind it. When the explosion took place in Hawkins’ lab, the sheriff’s body was not found. If he did not go to the Upside Down, it could mean that he took refuge in a secret hiding place thought by the Russians. It would then be they who would have recovered it in order to save what was left of the “American”, after having survived an explosion of extreme violence! Very knowledgeable in science and technology, the Russians could have “saved” him by creating a clone of himself in order to exploit his knowledge on the Hawkins Lab and the Upside Down. Whether it is the first hypothesis or the second, this does not announce anything good for Joyce, Eleven and the others, who will certainly not be long in setting out to find her in the rest of the episodes. The idea of ​​a Hopper clone would add spice to this season 4 of Stranger things, which already promises us many exciting intrigues!