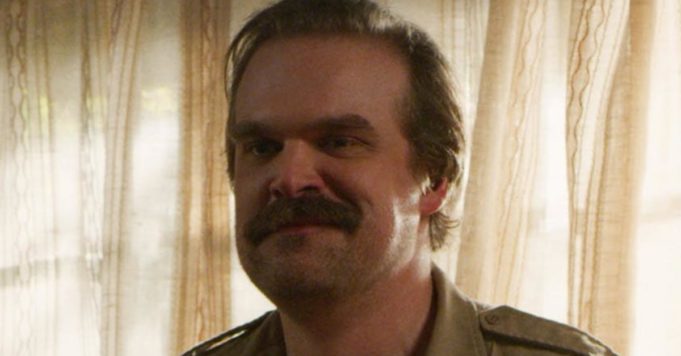 Is Hopper the American teased in the Stranger Things season 3 post-credits scene? According to this theory, it is a question of a completely different protagonist!

If fans still have to wait before discovering the new episodes of their favorite series on Netflix, they occupy their time by issuing eccentric theories on the rest of the episodes. The latest: Will is actually the Demogorgon of the future in Stranger Things. While this next part will certainly tell us more about that, it will also have to answer many questions left unanswered in previous seasons. The teaser for the new episodes revealed that Sheriff Hopper survived the cliffhanger blast, but it’s still questionable by what means. A post-credits scene from the third season could already tease his return, because a Russian guard evoked the presence of an “American” prisoner. Immediately, fans thought of Hopper, one of the star characters in Stranger Things. But nevertheless, some spectators remain convinced that this plot seems too predictable and that The American in question would actually be the ugly Dr. Martin Brenner, disappeared from radar since the second season.

We all know the former Hawkins lab manager survived the Demogorgon attack, the problem is, no one knows where he went all this time. As one fan explains on Reddit, Dr. Brenner may have been captured by the Russians before negotiating his survival by exchanging information about the Upside Down as well as Eleven’s powers. After all, after our favorite teen gang, he’s the only one who knows so much about the Upside Down and all that it entails. If it is revealed that Dr. Brenner is actually the teased “American” in the previous season, this could be the subject of a much more interesting twist than if it were about Hopper. If the sheriff will certainly seek to escape from the prison, he will surely cross the road of the ex-director of the laboratory before his departure. In view of the horrors committed on his adopted daughter Eleven, Hopper will certainly have the urge to take revenge on the latter! The problem is that Dr. Brenner may well be the only one capable of allowing Eleven to regain her powers … Until we find out more, we’ll let you vote for your favorite show in the Cup competition. World of series!