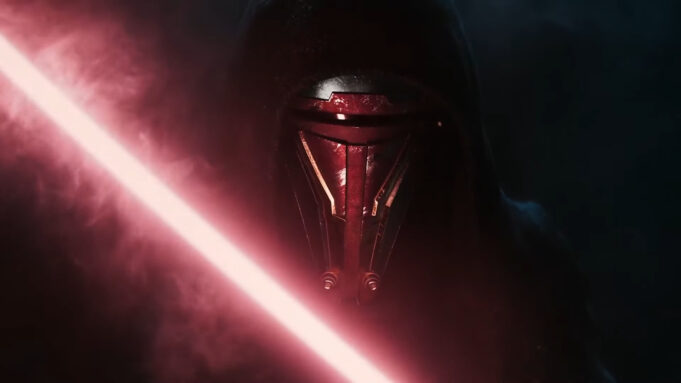 Announced during PS5 Showcase from last September, the remake of Star Wars Knights of the Old Republic (KOTOR) is not developed by EA or any of its studios, but by Aspyr Media. Little known to the general public, this Texan studio of around 140 employees has mainly worked on the ports of many games, such as the recent reissues of Star Wars Jedi Knight. It is therefore a project of unprecedented scope for Aspyr, which can fortunately count on several supports.

Owner of Aspyr Media since early 2021, Embrace Group announced that its subsidiary Saber Interactive is involved in the development of Star Wars KOTOR Remake. A sizeable support, Saber counting in its ranks nearly 2,600 employees, including many developers accustomed to AAA games. The news was shared during the firm’s latest financial statement. And at the same time, we learn that the game should soon be talked about again.

Aspyr has gone all out to make this the best game they can make. When we acquired Aspyr, we knew from the start that they would need our help. Saber has enormous expertise in creating these types of products. We’ve done it on Halo – on several Halo products – we’ve done it on other titles that we’ve remastered on other platforms. We’re absolutely confident the game will be fantastic, but it’s a really massive product, and massive products take a lot of effort and time to be good. And especially when it comes to a game that is already old – very old – we practically had to redo it from scratch. I would say that in the next few months you will hear more from us about this. – Matthew Karch, CEO of Saber Interactive.

let’s remember that sony also invited himself into the project by signing a temporary console exclusivity. Star Wars KOTOR Remake will only be released on PC and PS5 initially, to a date still unknown. “We hope to give newcomers to the series and long-time fans an experience that rivals the best games out there. We’re using the latest technology to recreate the game from scratch to meet the high standard of innovation set by the original game, while staying true to its beloved story.”Aspyr had said during its announcement.