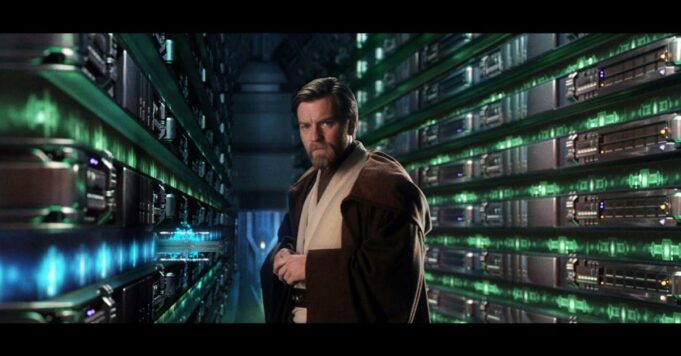 Ewan McGregor looked back on his traumatic experience alongside Yoda’s puppet on the set of Star Wars The Phantom Menace.

Currently busy on the set of the series Obi-wan kenobi, Ewan McGregor still found the time to sit down with Pedro Pascal, the star of The Mandalorian, during the meetings Actors on Actors organized by Variety. The opportunity for the two actors to look back on their careers and more precisely on their experience within the saga Star wars. If everyone seems to have memorable backstage memories, the interpreter of the famous Jedi Master however returned to a rather surprising anecdote regarding the scenes he shared during the filming of The Phantom Menace with Yoda’s puppet.

Indeed, while comparing his experience with that of Pedro Pascal alongside Grogu, Ewan McGregor said : “The first film I made, I had the chance to do my scenes with Yoda’s puppet. And it was amazing, because I played with him. I couldn’t believe I was interacting with Yoda. There were a lot of people using it, and it was high and they were below, we were literally walking next to each other. He was really alive. ” However, the actor could not help but return to the most disturbing point of these sequences by admitting: “But every time George Lucas said ‘cut’, Yoda would die, because everyone would stop. It was very disturbing at each end of the scene after all.” A difficulty that is added to those encountered by the actor on the set of the Prelogy. Fortunately, this experience, Ewan McGregor did not have to relive it on the two parts that followed, the iconic green creature having finally been digitized in Attack of the Clones then in Revenge of the Sith !