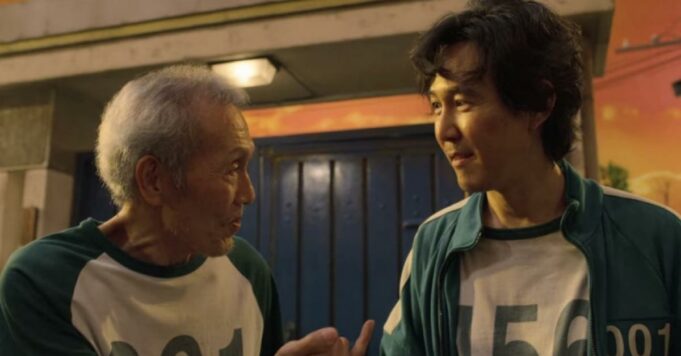 In the ball game within Squid Game, Oh Il-nam allows Seong Gi-hun to win the game, why did he do this?

If Netflix has still not formalized the renewal of Squid Game for a season 2, it is a safe bet that the South Korean series will be entitled to a sequel. Moreover, the death of SPOILER could have already been revealed within the first episodes. Even if Squid Game offers many explanations to fans on the history of the games, several questions still remain unanswered. One might wonder why Oh Il-nam (player number 1) let Seong Gi-hun win in the ball game when he had the advantage. Several reasons can explain his gesture.

The first and most logical reason is that Oh Il-Nam, as the creator of the games, couldn’t have risked dying in the Tempered Glass Bridge test.. Indeed, only three players succeeded in this game, while an expert in the matter also died during the game. Oh Il-Nam could not have vanished discreetly like he did during the ticket game, in which he made it appear as if he died. The other reason is – as the theory goes – that Oh Il-nam is Seong Gi-hun’s father. If this hypothesis is confirmed within the sequel, it therefore seems logical that player number 1 does not want his son to die during the games.

Several reasons lead us to think that the founder of the games would like Seong Gi-hun to take his place within the organization., possibly causing player 456 to become the new host. First, during the marbles test, Seong Gi-Hun and Oh Il-nam say they grew up in the same type of street and house (although we know that it was the designer who chose the sets) but that’s not all. Oh Il-nam reminded him of an anecdote about his past, and coincidentally, they had the same. Finally, he gave her his jacket before making it look like he was dead. Since the beginning of the games, they shared a relationship of father and son, but it will be necessary to wait for the release of season 2 of Squid Game on Netflix to see if this theory is true.