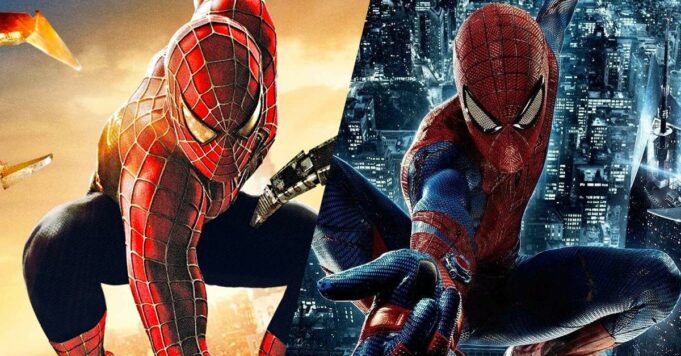 Peter Parker has always had an ambition to join the Avengers in the MCU universe. While he brags about being one of his members in Spider-Man No Way Home, the other two Peter Parker don’t know what the Avengers are, Andrew Garfield even replying: “Is that a boy band? Were you in a boy band?” Which therefore implies the non-existence of the Avengers on their planets. Andrew Garfield and Tobey Maguire never fought as a team and operated solo. Even though Doctor Strange is mentioned by J. Jonah Jameson in Spider-man 2, the character never appears in the trilogy. Other superheroes therefore exist in their universes, but the two Spider-Men never meet them. We explain why.

Sony reclaimed the rights to the Spider-Man character in 1999, only obtaining permission to exploit this character and not the others. Including characters who are not from the Spider-Man stories would have created a real legal mess for both parties. We must therefore wait for the agreement between Sony and Marvel Studios to Captain America: Civil War released in 2016 before seeing a Spider-Man fight alongside other characters from the Marvel Universe, 14 years after Sony’s Spider-Man debut. Spider-Man is arguably one of Marvel’s most popular characters, so Sony capitalized on that popularity for their first trilogy starring Tobey Maguire. When the company comes back 10 years later with Andrew Garfield, it’s a fail. The first part of The Amazing Spider-Man released the same year as The avengers, in 2012. Film which does not meet the expected success. Sony therefore decides to lend its flagship character to Marvel Studios in order to benefit from its success and therefore the profits.

The Avengers was supposed to include Andrew Garfield

The desire to include Spider-Man on the Marvel Studios side has always been there. For the movie The avengers, with the Oscorp tower set to appear in the film, Andrew Garfield’s Spider-Man would therefore have been canon in the MCU. However, the project took too long, so the snap was dropped. Even if the two Spider-Men could meet other superheroes, they would never have been able to work alongside them. This information also allows us to be able to dissociate the three Spider-Men and their universes so different from each other.