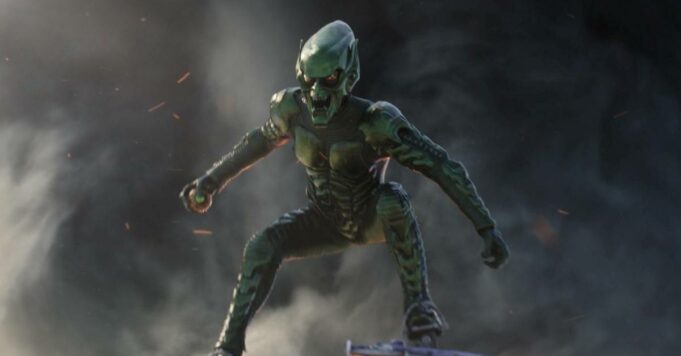 Spider-Man No Way Home is revealed little by little on new exclusive images. An official poster with the villains of the film is also presented, we can not wait to be on December 15th.

Spider-Man No Way Home arrives in 3 weeks in France and the promotion of the film begins to accelerate. A new poster has just been released where for the first time we see MJ. Still with Dr. Octopus’ gray tentacles around Spider-Man and Doctor Strange, we also explain why Dr. Octopus has different tentacles in the Spider-Man No Way Home trailer. Willem Dafoe’s Green Goblin is sharper and more recognizable, so there’s no doubt about what we had after watching the second trailer. Electro is also present alongside Le Lézard! As for the Sandman, he is not very seeing, although we can probably distinguish him from the others. A colorful poster as we like.

Fans are also going to be delighted to catch a glimpse of Tobey Maguire in a magazine. Is it wanted or not? Can’t tell. What is certain is that we have the Spider-Man from Tom holland in the foreground and that of Maguire just above … Without forgetting the Daily Bugle in the background: no doubt Tom Holland will not be the only spider man in the film … It is also said that Tobey Maguire and Andrew Garfield will appear after a good hour and a half of filming, they will not only be present for the final battle as fans feared. The tension rises, we can no longer hold in place!

Less than a month from the film’s release, many theories are starting to be confirmed on the side of the three Spider-Men … On the other hand, we hope to discover a little more about Matt Murdock in the coming weeks, he who is also eagerly awaited and could appear in this big production. Anyway, we are already well aware of the villains who will animate this feature film. Is it possible that a villain from the universe of Tom Holland is present in Spider-Man No Way Home? In any case, that’s what he teased lately. With all the crazy theories out there, nothing seems impossible anymore.