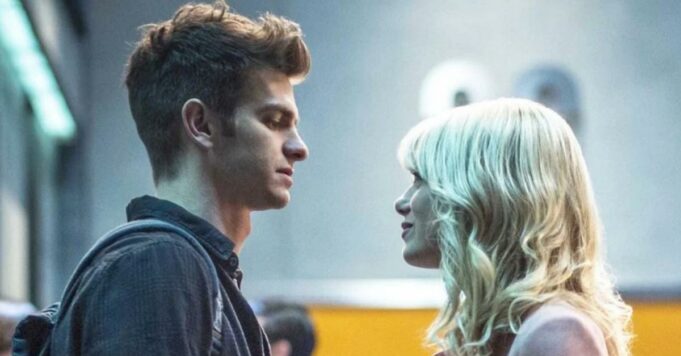 The output of Spider-Man No Way Home was eagerly awaited by all Spider-Man fans. Moreover, this feature film received a very warm welcome from the public, beating many records at the box office. It must be said that the writers had planned things in a big way. Passages in particular caused real hysteria among viewers: the scenes between the three Spider-Men. While rumors of Andrew Garfield’s involvement in No Way Home began months before the film was released, his return as Peter Parker/Spider-Man after so many years away from the role has been kept under wraps from anyone not directly involved with the film.

Andrew Garfield recently confirmed he’s keeping his return as Peter Parker/Spider-Man in Spider-Man No Way Home secret to everyone, including her co-star from The Amazing Spider-Man, Emma Stone. “Emma kept texting me”, explained the actor in a new episode of the podcast Happy Sad Confused, before adding: “She was like, ‘Are you in that new Spider-Man movie?’ And I was like, ‘I don’t know what you’re talking about!’ She was like, ‘Shut up, just tell me.'” Amused, Andrew Garfield did not spit the word and was eager to discover the reaction of his former partner on the screen by discovering the film.

The actor also added that hiding the truth from Emma Stone was too much fun to stop. “Honestly… I continued, even with her, it was hilarious”, revealed Andrew Garfield. Finally, he concluded: “And then she saw it and was like, ‘You’re an asshole!'”. There is no doubt, the fans would have dreamed of being a little mouse to participate in this exchange between the two stars of The Amazing Spider-Man. After the theatrical release of this feature film that unleashes passions, Andrew Garfield explained how much he was “stressful, but also oddly enjoyable” to lie about his involvement. In any case, one thing is certain, it is that the fans were damn surprised when they discovered the trio. by Spider Men on the screen.