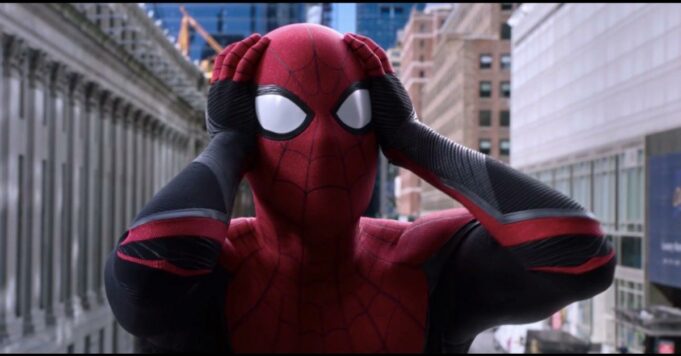 This theory could convincingly tie Spider-Man Far From Home to the third installment of the Spider-Man Adventures!

Spider-Man 3 will most certainly start where Far From Home has stopped and is set to film Peter Parker’s run after Mysterio’s resounding revelations about his death and the identity of the Spider-Man. In this context, Jon Watts’ feature film should focus on our hero’s quest for truth in order to prove his innocence. If we still do not know how the character embodied by Tom holland will proceed, one theory suggests his efforts may be closely tied to the origins of the Multiverse. Since Mysterio lied in the previous installment about the existence of alternate realities, Peter Parker could expose the lies of the supervillain in order to reveal the true nature of the character played by Jake Gyllenhaal.

However, during this process, the young man will possibly be led to discover the truth about the existence of different timelines. Rather than just focusing on Mysterio, Spider-Man might instead try to disprove the existence of the Multiverse. or at least try to find out how the reality would differ from the theory exposed by the supervillain in Far From Home. If this would first prove that Quentin Beck is actually a charlatan, this process could push Peter Parker to uncover the true origins of alternate dimensions. We imagine then that the young superhero, once in court, could count on Doctor Strange to defend him and explain how the Multiverse works. A sequence that could be particularly fun to discover on the big screen, especially since Matt Murdock could be the lawyer of our dear spider-man!