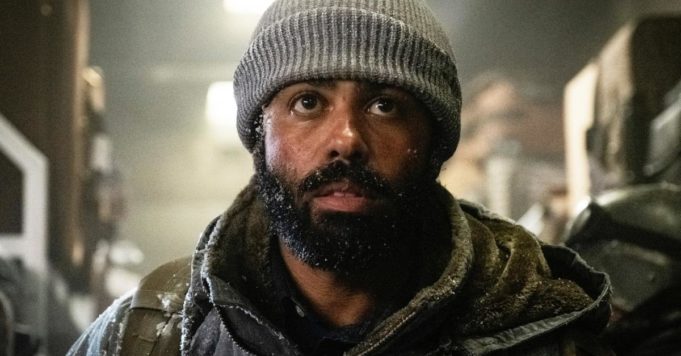 Netflix has just released the fourth episode of its post-apocalyptic series Snowpiercer and Andre Layton finds himself in serious trouble. How is he going to get out of it?

Netflix has been presenting for 3 weeks now Snowpiercer, his new dystopian series. At the rate of one episode per week, fans discover every Monday the evolution of the investigation of Andre Layton in the heart of the transperceneige. And at the end of the fourth episode entitled “Without their creator”, we quickly understand that things no longer turn into the advantage of our favorite “classless”. After partially solving the criminal investigation on the train, and understanding who Miss Cavill really was, Andre Layton was sent straight to the drawers. Melanie (Jennifer Connelly) felt that he knew too much about the operation of the transperceneeneige and that it was therefore necessary to silence him. Obviously, he is one of the main heroes of the show, so it was hard to believe that Andre will be stuck in the drawers for a long time. How could he get away with it in future episodes?

Our first hopes are on the old downgraded, working in the hygiene service. It was her job to speak to Andre, and it was probably she who told the others that he had disappeared. The latter will surely help Josie in this mission because they know it, Andre is their only chance to manage to extricate themselves from the back of the train. Now that she has the pass to access the other cars, she will probably look for allies in the other classes. In collaboration with the wife of the third, Josie will surely do everything to get Andre out of the drawers. They could also be helped by Bess, the policewoman with whom Andre worked on the investigation. If she was more on the side of the organization, she could change clan now that the murderer attacked his girlfriend. Passengers of the lower classes must not be crushed by those of the first. The fifth episode should make sure to release Andre Layton and the real rebellion can finally begin! It remains to be seen whether Mr Wilford is not the sponsor of all the train murders Snowpiercer, on Netflix.