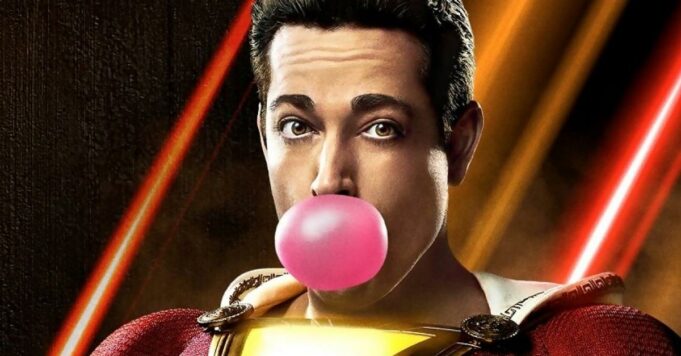 Zachary Levi, star of Shazam 2, has revealed when the second film in the franchise will take place.

The DC Fandome was the opportunity for Warner to unveil several crispy extracts from its next film productions. If the trailer for The batman represented the event of the weekend, the panel of Shazam: Fury of The Gods also allowed us to discover the behind the scenes of the blockbuster worn by Zachary Levi. The sets, the costumes, as well as the new characters were revealed in an exclusive video in which we were able to find the Shazam Family but also to discover a first official glimpse of Kalypso and Hespera, two divine sisters, played by Lucy Liu and Helen Mirren

If these first images refrained from revealing major details about the plot of the feature film, the Chinese panel organized by Warner was however the opportunity for the interpreter of Billy Batson to reveal an interesting detail about the feature film timeline. Zachary Levi is in fact returned to the period during which the new adventures of the Shazam Family will take place by revealing that the film would take place two years after the events of the first. Given that the latter was taking place around Christmas time in 2018, this would therefore place Fury of the gods in 2020.

Pandemic aside, the timeline of Shazam 2 therefore seems to agree with that of the shoot. However, it will be necessary to ensure that its postponement, due to the coronavirus epidemic, does not create a problem of consistency at the level of the plot vis-à-vis the age of the protagonists and actors. The first images unveiled during the DC Fandome have indeed shown more mature and adult heroes than three years ago. It remains to be seen how to justify their development in a relatively short period of time. Perhaps a first trailer will be an opportunity to better understand this whole plot. We can’t wait for new images!