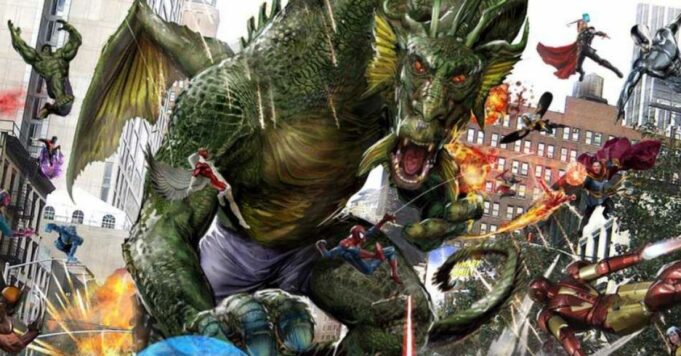 The dragon Fin Fang Foom could face a member of his species according to a new leak shared on the film Shang-Chi.

After being shifted many times, Shang-Chi and the Legend of the Ten Rings will finally be released on September 1, 2021 in France, just a few months later Black widow. Directed by Destin Daniel Cretton, the film will introduce the first Asian superhero in the guise of Simu Liu and will focus in particular on his rivalry with the terrible Mandarin.. However, according to new leaks, the feature film should also focus on the duality of the dragons Fin Fang Foom and the Great Protector. If the presence of the first has been mentioned many times, the disclosure of several figurines in connection with Shang-Chi on the web, suggests that the ally of the superhero could also appear in the blockbuster.

Based on this new information, it looks like the film will immerse us in the culture around dragons. If several pictures had indicated the Valley of the Sleeping Dragon, the shrine of Fin Fang Foom, it is legitimate to think that the Great Protector will also have the right to his own temple, Shang-Chi being able in particular to discover secrets about the famous dragons. Another possibility would be for the Mandarin to wake up Fin Fang Foom, which could cause our hero a lot of trouble. The latter would then seek a way to fight the supervillain by awakening other members of his species, this quest can lead him in the footsteps of the Great Protector. In this context, the outcome of Shang-Chi could see the dragons and their respective masters clash in a duel, unless it is the magic tournament teased by some leaks. Answer in a few months!