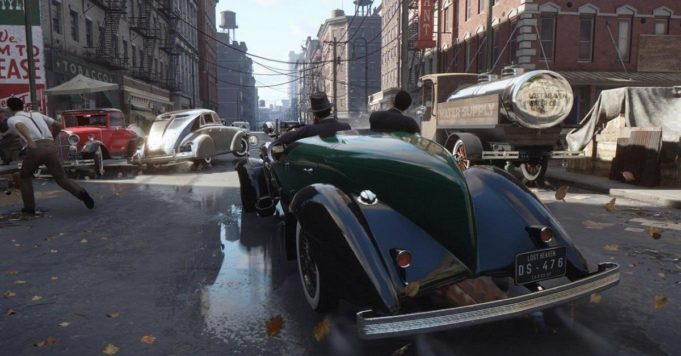 We come back to the most anticipated JV releases of the week, and there will be something for all styles: amusement park management, an open world in the Mafia universe, pure action game and hard, and even a game of Tennis!

Finally ! After several months of waiting, Mafia Definitive Edition will be available on PC, PS4, Xbox One and Stadia starting September 25. As a reminder, this is a remake of the first episode of the series. We will therefore be entitled to improved graphics to return to the middle of the underworld of the 30s and embody a young man full of ambitions, whose main goal is to gain rank in the mafia. A Definitive Edition that could give a whole bunch of players missed out on it for the first time, or for fans to try their luck again.

The return of a beloved series

As long as we try to let off steam, Serious Sam is undoubtedly the license to turn to. And that’s good, since the fourth opus, Serious Sam 4 Planet Badass will be available from September 24 on PC, PS4, Xbox One, Stadia, Mac & Linux. We are promised ever more flamboyant action, gameplay more nagging than ever and a story as crazy as what the series has been able to get us used to.

Rollercoaster Tycoon 3 is coming to Switch

RollerCoaster Tycoon 3 was originally released in 2004. We are therefore entitled to an improved and remastered version of the same game here, for all lovers of amusement park management games. It is also a complete edition including all the content of the two expansion packs Wild Distractions and Aquatic Delusions. The game will be available on Switch from September 24.

The sequel to the famous tennis game

It’s summer, and who says summer, necessarily says Roland Garros, Tennis. If this year, we had no luck on this side, that did not prevent game developers, and in particular the Breakpoint studio, from working on a new tennis game. Tennis World Tour was one of the biggest successes of its kind last year, so of course Tennis World Tour 2 is particularly eagerly awaited.. The game will arrive on September 24 on PC, PS4, Xbox One and Switch.