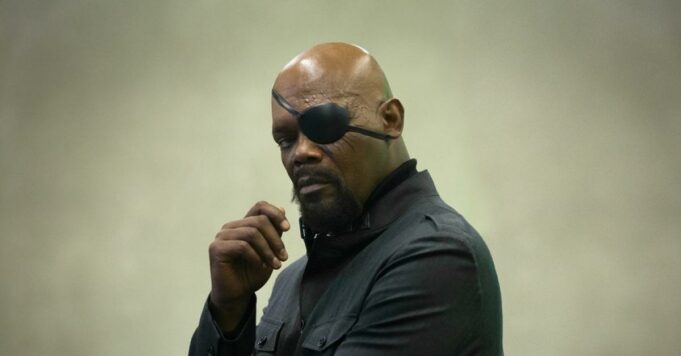 Samuel L Jackson reported on the filming of the Disney + series, Secret Invasion.

Several months ago, there were rumors that the filming of Secret Invasion had started in August. Today, his star Samuel L. Jackson, back in the Disney + series, confirmed that the first shots had started by posting on his Instagram account a photo of a t-shirt with the effigy of his character, Nick Fury. In legend, the Hollywood actor shared his excitement at the prospect of being back in the Marvel family before joking about Thanos’ fateful snap having seen him disappear at the end ofAvengers: Infinity War. “It’s time to get over it. Glad to get back into the attack. F **** snap” can we read via the picture.

Fans are eager to reunite Samuel L. Jackson in the shoes of the former boss of SHIELD. However, we still do not know anything about the plot, except that it should evolve around SWORD, whose presence was teased at the end of Spider-Man: Far From Home. This organization will have to face an invasion of Skrull on Earth their goal being to pass themselves off as humans and some superheroes. Casting side, the Disney + series will bring together Emilia Clarke (Game Of Thrones) but also Ben Mendelsohn, already present in Captain marvel, in order to embody the Skrull Talos. Kingsley Ben-Adir (The OA), meanwhile, will be the great enemy of Secret Invasion. A promising cast that we look forward to discovering by 2022 on Disney +!