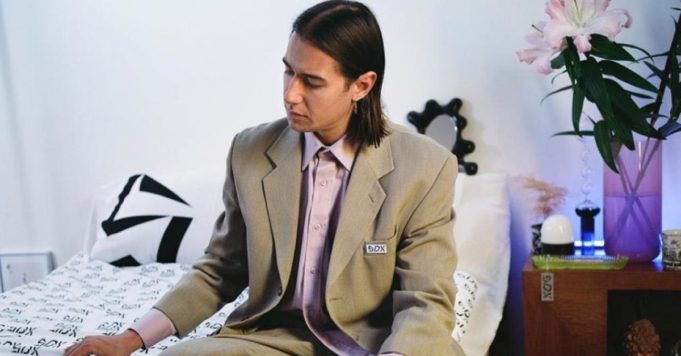 If last week we took you to Great Britain with Yungblud, the hope of an underestimated youth, we stay on the side of France for this new #Soundcheck. Aurélien Hamm aka Saint DX and former member of the Apes & Horses group unveils his first EP, SDX. With this introspective disc, Saint DX lifts the veil on a project anchored in reality. After “Prime of Your Life”, the artist unveils the visuals of “Xphanie”, his first real song in French. Saint DX will be able to present its first EP on December 12 at an already complete Point Éphémère in Paris. He tells us everything, it’s the #Soundcheck of the week.

Hello Aurélien, your EP SDX has just been released, was the period before this release exciting or particularly stressful for you?

Saint DX: I’m really glad that SDX is out. It’s the first time I’ve released something that looks 100% like me. And I have a feeling that this is what touches the people who listened to it. The pre-release period is always very intense. I really wasn’t on my plate. I spent a few sleepless nights. The release of the disc gave me a lot of strength and I am already preparing the sequel.

Each piece of SDX seems to be a new layer of your personality, is music therapeutic for you?

Saint DX: Completely. Over time I really see it from this angle. Whenever I’m back to the wall, I need to express something too big for me, wherever I feel trapped, I pour everything into my music. It’s liberating.

In the studio, do you think about how your songs are going to make it live, or is it a process that comes after writing the songs?

Saint DX: I wrote a lot of these songs for live. But there is not really a pattern. “Staccato” is a pure live product. We specially composed it with Antoine, my drummer, the day before a concert because we didn’t have enough songs at the time.

You went to Hong Kong for the music video for “Prime Of Your Life” where the dancer Lilian Ho makes an appearance there. Now that music is consumed differently, is having a visual identity important to you?

Saint DX: I really like artists who take care of their image, yes. When I started to compose songs for Saint DX and I needed a first visual, I asked a graphic designer friend, Thomas Petit, to find a logo and it was obvious. My music is quite soft, soaring and organic, unlike this sharp, aggressive logo. We really like to play with it. The clip of “Xphanie” is for example very different from that of Prime of your life but looks just like me.

All your previous singles were written in English apart “Regrets”, was it an important or even necessary choice to reveal “Xphanie”, title in French, as a new single?

Saint DX: “Xphanie” is a very important song for me. It’s a breakup song and it’s for someone. When I need to get a message across or when I need to be more intimate, I like to sing in French. I don’t use both languages ​​in the same way. It also allows me to bring out strong ideas when a French word stands out from an English song (mad love in “Premium” for example).

What do you hope will come out of your musical project?

Saint DX: The music of others has helped me move forward in life. To build myself. I spend my time listening to it. I would like to provide as much feeling and strength to people who listen to mine.