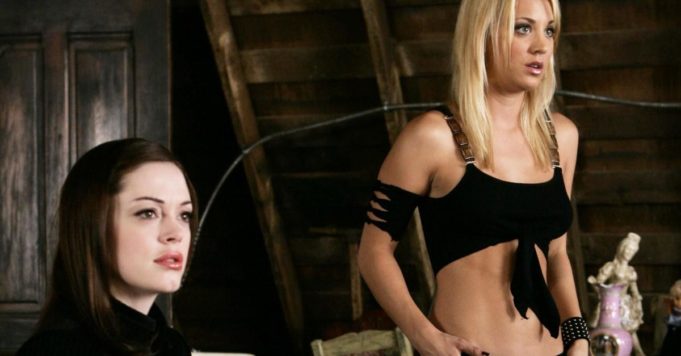 Want to know what Rose McGowan thought when Kaley Cuoco joined the cast of the Charmed series? Here is the answer.

Contrary to rumors, Kaley Cuoco was very well received by Alyssa Milano on the set of Charmed. Remember, the actress landed at the start of season 8 of the series. She played the role of Billie Jenkins, a young witch who learns the basics of magic from the Halliwell sisters. A performance hailed by viewers. But was the cast of the show so happy to see the pretty blonde land? Rose McGowan had given her opinion on the matter at the time: “I met Kaley the first day at the photoshoot and she is adorable, kind and cute. I think her coming is great.. This new adventure will probably be great for her, it will allow her to break a little her image of ‘pretty Californian blonde.’ “

Very honest, Rose McGowan hadn’t hesitated to reveal that she hoped to see Kaley Cuoco prove herself on the set of Charmed : “We’re all excited because now Kaley will get all the fights with the demons while I get to kiss people, because usually I’m the one doing these scenes. She’s coming from a sitcom so our long hours of filming won’t do her any favors so I’m like ‘Ha ha ha, let’s see how the news goes.’ But she is adorable. “ Decidedly, the actress was obviously expected at the turn by her new colleagues. No doubt she was able to make a good impression. Elsewhere in the news, find out why Kaley Cuoco will be eternally nostalgic for her role in The Big Bang Theory.