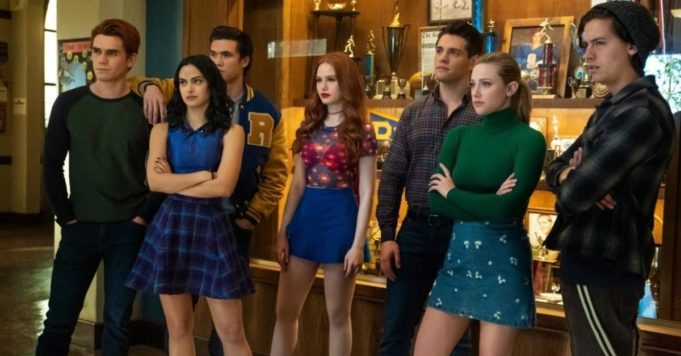 The character of Jughead faced many dramas in season 4 of Riverdale. Between his change of school, his attempted murder and the stalker of Riverdale, he did not have a minute of respite and it may be that season 5 has more dramas in store for him. Indeed, while he simulated his death in season 4 of Riverdale, Betty and Archie have come together to make the situation even more real. However, feelings took over and Barchie couldn’t resist the temptation. They kissed passionately (for real this time) and cheated on their respective boufriend / girlfriend. Knowing the reputation of Riverdale, it is a safe bet that this betrayal will be revealed on the evening of the prom, ending the evening on a real romantic drama!

Jughead’s girlfriend and best friend shared a romantic moment in season 4 of Riverdale when old feelings have resurfaced. If Archie and Betty have kept it a secret, the truth should come out in season 5. In an interview with TVLine, the showrunner had revealed: “Although we shot prom, which was an incredible show and had a lot of emotional stuff, there were so many scenes between Betty and Jughead, and Archie and Veronica, that we hadn’t shot, that we didn’t couldn’t broadcast it“The prom season promises to be intense and with the breakup of Lili Reinhart and Cole Sprouse, it is possible that the writers will plan even more dramas. In any case, it is impossible to keep a secret at Riverdale and the locals know it!