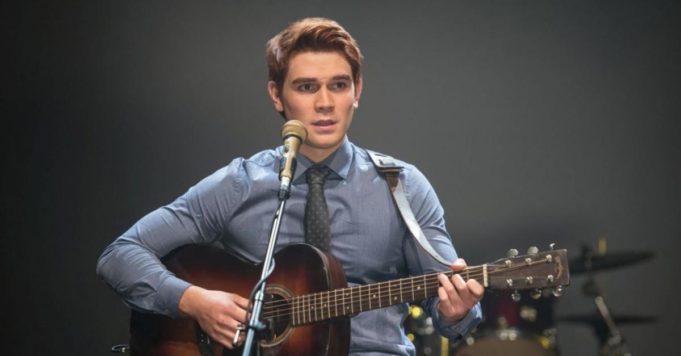 Archie will she further push the song in season 5 of Riverdale? Not so sure…

While we wait patiently for the broadcast of season 5 of Riverdale on the CW and on Netflix, we invite you to consider one of the flagship characters of the series, Archie Andrews. His interpreter KJ Apa recently spoke about his undeniable musical talents, who, unlike some of his co-stars, aren’t featured as much in the series as they could, but there’s a reason for that. Even if he is gifted in music, KJ Apa is really not a fan of his singing skills which he still had to put to use several times for certain episodes of Riverdale.

“Riverdale is a perfect example in which Archie is said to be a musician. But do I really appreciate the musical side of the projects I’m working on? No, not really. I do it because I have to do it. But people tend to push me to sing in a lot of things “. So it’s his guitarist side that KJ Apa would like to continue working on rather than his voice, and there is more than to hope for him that the next small musical moments which will take place in season 5 of Riverdale and the continuation will not call upon his vocal cords.