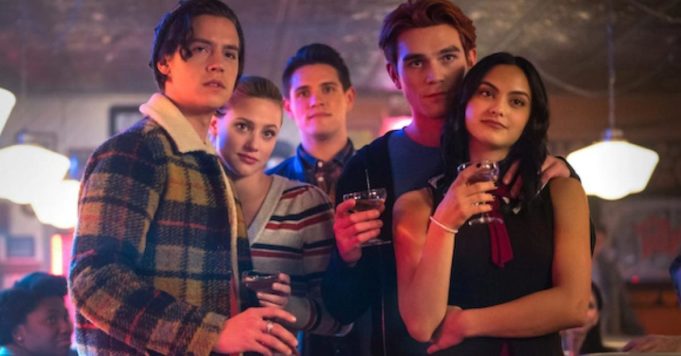 Season 5 of Riverdale should be punctuated by romantic dramas. Here is the probability of survival of the couples in the series after the time jump!

Love has always had an important place in the intrigue of Riverdale for four seasons. The flagship couples, Bughead and Varchie punctuated our evenings and the fans got attached to them, but they are not the only ones. Unfortunately, Season 4 of Riverdale showed flaws in these popular couples … Betty and Archie came closer and gave in to temptation. After this brief romance, Betty ended the adventure explaining to Archie that she loved Jughead. However, the damage is done and Archie still seems in love with Betty. In addition, the jump in time provided in season 5 of Riverdale should not help the love affairs of youth. Here in our opinion, the probability of survival of the couples of the series after the time jump in season 5 of Riverdale.

Jughead should discover the betrayal of his girlfriend and his best friend in the episode of the prom. We must therefore expect dramas in season 5 of Riverdale and there is little chance that this couple will still be together after the timejump. In addition, Lili Reinhart and Cole Sprouse broke up, which does not help matters …

Like the Bughead couple, Varchie is unlikely to survive Archie’s betrayal and separation for five years… It is possible that Veronica is enjoying her life as a young bachelor at university and that she does not want to hear about Archie anymore … However, everything is possible and they could end up on their return to Riverdale !

Cheryl and Toni are a tight-knit couple and the one who is most likely to survive the time jump. However, with the latest words from Vanessa Morgan and rumors that she could leave Riverdale to play Batwoman, there is still doubt …

Unfortunately, parents of teens are also unlikely to continue their love stories. As Skeet Ulrich announced that he was leaving the series in season 5 of Riverdale, there is little chance that F.P and Alice will still be together after the time jump!

Like Alice and F.P, the weather could be fatal for the Lodge. Already that their relationship was chaotic in season 4 of Riverdale, there is little chance that the parents of Veronica are still together in season 5. In addition, the departure of Marisol Nichols should seal their story …