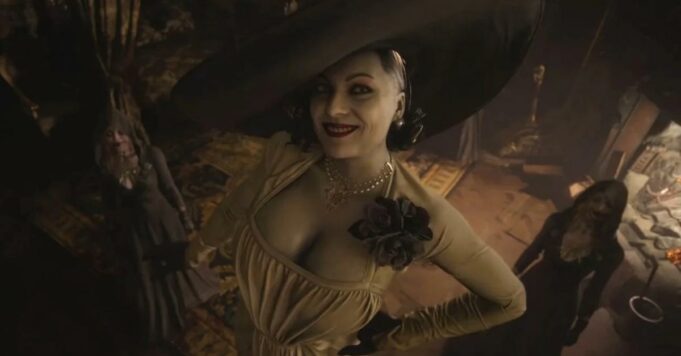 Resident Evil Village is yet to be released as Lady Dimitrescu, one of the game’s main antagonists, is already causing a stir among gamers. In a recent interview, Capcom thus revealed the underside of the character’s conception, which is already in the running to become one of the most outstanding in the franchise.

As we now find ourselves one month before the release of Resident Evil Village, Capcom continues to give additional details on the game by showing us some development anecdotes. In the columns ofIGN, the studio thus returned to the conception of the antagonist who has already managed to make a place for himself in the hearts of players: Lady Dimitrescu. No sooner was she revealed in the Resident Evil Showcase trailer that the 2.90m woman became a worldwide phenomenon on the web, and was the subject of many montages comparing, in particular, its size to that of other great villains encountered in the license. An unexpected success for Capcom, which is however happy to see such a nice reception from the public.

According to Morimasa Sato, the director of the game, the goal of creating outstanding characters was acted on very early in the game’s design, just after the village setting has been selected. The idea was that “To create an attractive village […], the people who live there are extremely important ”. Thinking about the main enemies encountered, they immediately “Thought about what area they would be in and what kind of experience they could offer”. In this sense, they drew a lot of inspiration from Resident Evil 4 and the work done on Bitores Mendez and Ramon Salazar. We must therefore expect to discover several characters as unique as they are striking, like Lady Dimitrescu, which also dates back to the start of the project.

Imagined from the model of Mia, Ethan’s wife, Tomonori Takano explains thatthey first sought to give him “A ghost aspect” by making her wear a dress and a hat. But seeing that she wasn’t scary enough, they had the idea of “Make the character model much bigger”, which gave birth to Lady Dimitrescu. And for it to have as much effect as possible, the artistic director indicates to have made sure that it keeps a sense of reality despite its disproportionate proportions. Thus, every detail has been carefully thought out, from her look to her outfit, including the size of her feet (in case you are interested, the young lady wears size 44).

And if it was considered “To make her look more like a creature”, it was finally decided what to do with “An imposing woman was the simplest and most powerful thing”. From there came everything that surrounds the character, starting with the Dimitrescu castle. But this time again, Takano did not want to be satisfied with something simple: he thus drew on theGothic architecture adding a more modern touch in order to make it all “Less conventional”. We can also see that the castle is populated only by women, with Lady Dimitrescu as “Cult guru”. There will be his three daughters, who will help him hunt down Ethan, but also other types of always female enemies while the men, them, “Are drained of their blood”.

Suffice to say that in this way, the game’s designers have gone out of their way to try and incorporate unusual approaches which, however, never stray from “The experience towards horror”. And it is true that playing a male character pursued by an army of women all stronger and more imposing than the others is far from being a usual pattern. As a reminder, Resident Evil Village is expected on May 7 on PS4, PS5, Xbox One, Xbox Series X | S, and PC. It will be the direct result of Resident Evil 7: Biohazard. And to wait until its release, we invite you to discover the best episodes of the franchise to do or remake in the coming weeks.