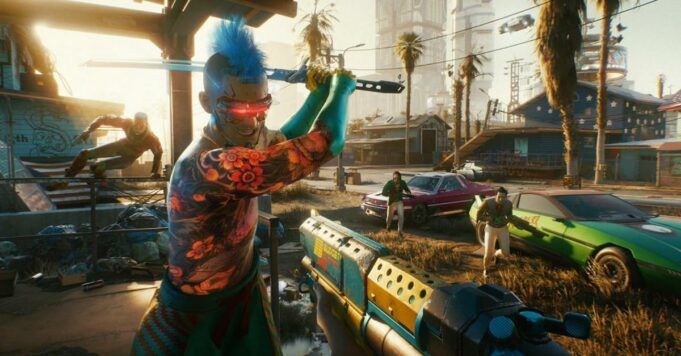 Cyberpunk 2077, Anthem, Mass Effect Andromeda … We can no longer count the examples of games that come out despite major technical problems. Is it truly representative of the industry as a whole?

In recent years, cases of big budget games that come out without any technical problem have become extremely rare. So much so that a situation that could have scandalized us years ago has finally normalized: today, a game is not expected to be completely finished when it is released, especially when it comes to market. ” this is a particularly ambitious project. And yet, there are a few examples of big budget games that come out without offering their share of bugs / glitches … So, are we in a fashion influenced by crunch and tight deadlines?

The golden age of finished games

There was a time when a certain science of detail was brought to games, even the most ambitious of them. Have we ever heard players complain about bugs or crashes on Super Mario 64, when as it is, this same game will have allowed to completely revolutionize the industry by offering a technical state unprecedented for the time? It must be said that then, when a game was offered for sale, there was absolutely no way for the developer to make changes or correct problems that had not already been considered internally beforehand. So when we released a game, it was for good. Something that has since changed a lot.

In the early 2010s, the games became more and more ambitious in terms of graphics, but also in scope, with many open worlds like The Elder Scrolls V Skyrim or even GTA V. And at the same time, with the almost total democratization of the internet and the widespread digitization of games, it has become possible for developers to offer patches and corrective updates to improve the game over the months, and thanks to player feedback.. Thus, the absolute imperative to release a game that was finished when it was released has been erased, in favor of a method more anchored in the long term: the studios thus work before the release of the game to refine it, then in downstream for a few months after the latter. And despite a few scandals, it’s a practice that has become very common in the industry over the years.

Has the day one patch become the norm?

Today, it is extremely rare to witness the launch of a game without a day-one patch, ie an update scheduled for the very day of the latter’s release. And generally, that’s not a good sign: it means that the studio continued to work on the game after it went Gold (i.e. officially finished), implying that there are still many technical flaws to be found. to correct. And this does not miss: in recent years, games offering extremely questionable technical performance have been plethora of. Anthem, Mass Effect Andromeda, Assassin’s Creed Unity, or even more recently the famous Cyberpunk 2077 case … All of these highly anticipated games have received a huge bad buzz due to a lack of precision in the final rendering (to put it mildly). Even more recently, it was Battlefield 2042 that made the talk with many bugs and glitches making the experience much less pleasant for the player. In short, it looks like 80% of the time a triple-A game that comes out in 2021 isn’t really going to be completely finished.

Fortunately, there are some resisters. Some developers who have put a high point to offer a satisfactory experience from the release of the game, especially from a technical point of view. We can thus speak of From Software (hoping that Elden Ring manages to keep its promises despite the passage in the open world), Naughty Dog, Santa Monica Studios or even most of the Nintendo-branded games, which are generally released without any major technical problem.. It remains to be seen whether the general fed-up of players faced with the generalization of the day one patch and unfinished games when they are released will make it possible to have a sufficient impact to change the market in the long term …