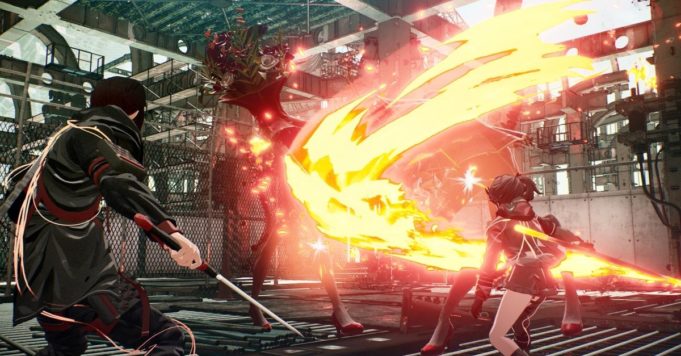 A long preview of 50 minutes for journalists unveiled by Bandai Namco allows to get a better idea of ​​what awaits us with Scarlet Nexus, the next JRPG of the firm.

Announced during the Xbox Inside event on May 7, Scarlet Nexus is shaping up to be the next action-RPG Bandai Namco seems to be banking on. Since then, we have had some new information like a new trailer and some promo images. But he We must admit that we were waiting to know a little more, and especially to have more details on this new adventure which already promises to be particularly interesting. And since we were waiting for new information, Bandai Namco reached out to us for a 50 minute long private preview to get a better feel for the gameplay, storytelling, and overall feel of Scarlet Nexus.

Presentation of the development team

The presentation begins with the presentation of some members of the team behind the development of the game. We thus discover Keita Iizuka (producer), Kenji Anabuki (Game Director) and Kouta Ochiai (Artistic Director), who discuss the origin of the project Around a table. We thus discover that Kenji Anabuki was the producer of Code Vein, the Souls-Like released about a year ago on consoles.. This information is important, because there is a whole bunch of similarities between Code Vein and Scarlet Nexus, whether it’s the gameplay, the art direction or the overall feel of the game (futuristic with a little post-apocalyptic side). Anabuki was able to work on various games for the Tales of, incredibly popular in Japan and growing influence in the West, and Ochai was most noted for working on the God Eater series. Overall, we see that the three members of the Scarlet Nexus team present to discuss the game all have a lot of experience in the field of JRPG, which suggests the best for the game presented here.

The three members of the team then address a thorny point: gender. If we know that it will be an action / RPG, the universe seems rather cyberpunk if we look at the first images at our disposal. But now, the more appropriate term would be according to them “Brainpunk”. The reason is simple: the game features a society in which humans have managed to discover many secrets related to the brain, to allow them to use up to 100% of their gray matter. In doing so, the universe as we know it is greatly altered, and this improvement in the abilities of each person’s brain has made the world more futuristic, but not cyberpunk. The term “Brainpunk” therefore seems to correspond more to the game according to Anabuki, Iizuka and Ochiai.

We then discover a little more about the character that the player will play: Yuito Sumeragi. The latter works for an organization which notably manages the “Psynet”, a huge internet network connected to the brains of all the inhabitants of the country.. But he begins to ask himself questions: is it really good? Does this organization really act in the direction of general justice? With these questions, he will gradually begin to rebel against this system that he finds both intrusive and inhuman. A way of making a connection with social media as we know it today: we are still connected to it, and in an increasingly important way, but is it really a good thing? We will therefore follow the questioning of this character throughout the adventure of Scarlet Nexus.

With all this emphasis around the brain, it was to be expected: Yuito is capable of using telekinesis. In other words, in addition to his sword, he can fight by levitating objects, to crush them on the heads of the “Others”, these threatening entities that he must eradicate.. This is one of his missions within the OSF, the famous organization for which he works. According to the images unveiled in this preview, it will therefore be necessary to alternate between telekinesis, links with his companions and sword attacks to fight these mysterious enemies. Overall, the enemies do not seem easy to defeat, so it will be necessary to count on rather long and gripping fights, giving an epic dimension to these. We will obviously be able to perform attack combos according to the buttons we decide to use, allowing for example to perform 3 simultaneous melee attacks, then alternate with a telekinesis attack, and finish off his enemy with the sword. We are also promised a wide variety of moves to prevent any gameplay repetitiveness. It remains to be seen how it turns out for real!

For Xbox One and PS4 versions, Scarlet Nexus will benefit from a framerate of 30 FPS and Full HD resolution. On the other hand, for the next-gen consoles namely the Xbox Series X and the PS5, we can expect constant 60 FPS and 4K resolution. Ditto for the PC version. Still no official release date for the game, but we can expect an arrival at the end of the year, to coincide with the arrival of the new consoles.