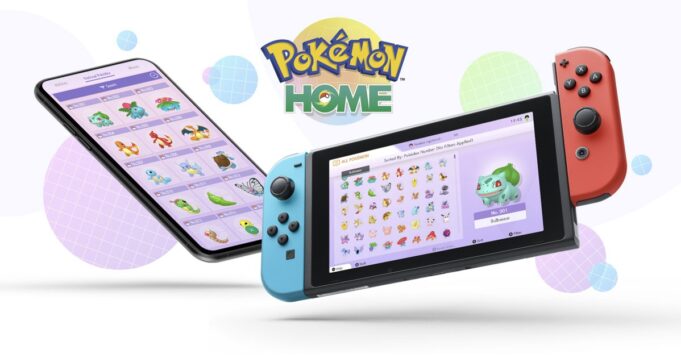 For several years now, the famous application (mobile and switch) Pokemon HOME was introduced to take over from the Pokémon Bank. It simply allows recover your favorite creatures from an old version to then re-introduce it in a recent game like Sword and Shield for example. The only condition being that the Pokémon in question are part of the Pokédex in its destination version. Its availability on the phone also makes it much easier. Especially since some other nice features are available such as player data for example.

Pokémon HOME is finally coming to DEPS and Arceus Legends

When Pokémon Sparkling Diamond and Sparkling Pearlas well as Pokemon Legends Arceus have been announced, it has also been established that the Pokémon HOME will be compatible with these two games in 2022. Unfortunately, this did not happen at the beginning of the year as hoped by Internet users and here we are already in May, without the application has been updated. However, the wait is coming to an end. In an official post, the Pokemon Company announced that Update 2.0 will arrive soon in 2022, allowing players to move Pokemon from the Diamond and Pearl remakes, and Pokemon Legends Arceus to Pokemon HOME, with certain conditions applied.

Serebii Picture: Special artwork for the Strange Ball, the ball that appears when you send Pokémon in Poké Balls not in the game https://t.co/NWlAdn57aQ pic.twitter.com/LQnbuE4FW7

And if you’re wondering, Pokémon from old games transferred to Arceus will be put in Strange Balls (a new kind of Ball specially designed for this). The same goes for DEPS. In contrast, creatures transported to Sword and Shield will be in standard Pokéballs.

To celebrate the compatibility of all three titles with Pokémon HOME, players will receive a special Pokémon when they successfully link each game to the app. Players who drop a Pokemon from DEPS on the Nintendo Switch version rwill receive one of the game’s three starter Pokémon – Tortipouss, Ouisticram, or Piplup with their hidden talents. And for Legends Arceus, you will receive a Brindibou, Héricendre and Moustillon with their Efforts Values ​​at the maximum. All of this will also be recoverable via giftmystery of the Pokémon HOME mobile app.

Hogwarts Legacy: How far can the game stray from the original...

Died from cancer, Technoblade leaves a touching message to his fans...

KCorp: “The LEC without Karmine is like the Champions League without...