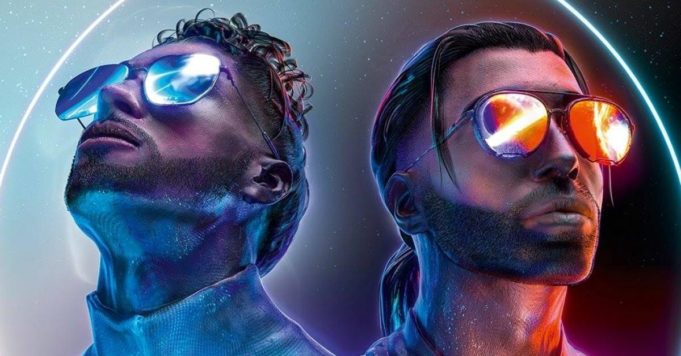 Obliged, at least once in your life, you wanted to settle in front of a clip with popcorn. Well know that we do too! Discover our list of mini series / clips that made us love it.

Who do not like to listen to their favorite tracks in a loop? But admit it: when the clip is as stylish as the sound, we love it even more. And that, artists like NLP, have understood this. For several years now, many have applied themselves to release clips that are similar to real short films. Suddenly, we have put together a small list of all these clips where we let ourselves be carried away by the images as much as by the music.

Ademo and N.O.S are the kings of details. As much in their lyrics as in their clips. For their album In the legende the two brothers released a kind of “mini series” on the titles Naha, Onizuka, Blessed and Until the last gram. The duo never appears in it except in Naha where you can see N.O.S for a few seconds but also on posters and promo t-shirts from their album. The last episode lasts 30 min and for good reason, it is in this that we FINALLY understand what is happening between Naha and Masha. You don’t have the refs? We can do nothing for you … QLF!

Riri saw it big for the clip of this title. While everyone would have imagined swinging tickets right to left, in an outfit that she is the only one who can wear, thehe singer made a very stylish mini-short film. It was even a little too excited since a scene was cut during the editing, judged far too trashy (believe us, you would not want to see). Drake’s ex made this clip with “Megaforce”, a collective of French artists and videographers. Inside, she plays the kidnappers and blackmails her accountant who is none other than the actor Mads Mikkelsen.

Because it’s Queen B we want to tell you, so it’s necessarily above! More seriously, in this clip, Beyoncé questions the place of black communities in the United States. The singer is proud to be black and she makes it known. Besides this claim, between the choreographies, the army of women, the clothes and the aesthetics, everything is there to make this clip memorable.

Extract from his album: 4.44, Jay Z demonstrates in this clip the racist side of America. The clip was produced by Beyoncé’s husband and Mark Romanek. In the guise of the character Jaybo, the rapper strolls between the cotton fields, the rows of pointed caps of the Ku Klux Klan and in the popular districts of New York.

Kendrick has once again struck with this clip which denounces the violence in the precarious districts of the United States. For 3min30 we follow the daily life of a young boy trapped between brutality and crime, condemned to become a criminal to live. A committed poet, the rapper denounces a sad reality through a beautifully produced clip.

All of this is just a metaphor for the record industry that Lady Gaga faces as an artist. This is why we found him made into a fallen angel at the beginning of the clip. Overwhelmed by competition and critics, she still manages to get out of her hole because it’s Lady Gaga you know!