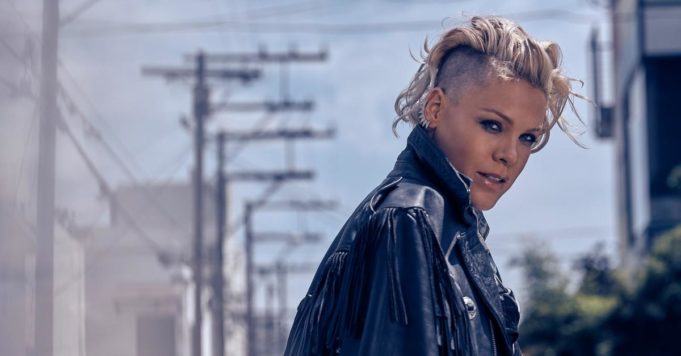 Tonight, Pink will ignite the Defense Arena! But between five somersaults, the singer will interpret some of her biggest hits … Before the show, we suggest you redo quickly 5 sounds that we expect the most for this concert!

You may have known him in 2001 with Lady Marmalade (which we all still spend in our evenings) or Get The Party Started… In 20 years, P! Nk has clearly become an international Pop reference. The singer has chained the hits and she will be on the stage tonight Defense Arena to defend his latest album Hurts 2B Human ! Obviously, Pink is expected to once again challenge the laws of gravity since she seems to want to compete at Cirque du Soleil, but we also expect her to pick up her biggest hits. On the occasion of his concert, we return to 5 sounds we expect the most at the Defense Arena!

Get The Party Started

Classic among the classics, Get The Party Started is kind of the hit that started P! nk’s career and the one that still ignites the crowds even today. According to the setlist of her last concerts, the singer should also open the ball with this tube and I can assure you that we are redone!

From the album M! Ssundaztood (released in 2002, it goes back), this song represents a little the period dark by Pink, just like Family Portrait. Live, it will inevitably send you back to your teenage bedroom, when you wore black T-shirts and rebelled a little against your parents.

Much less known than the other songs in the Setlist, Secret is taken from the album Beautiful Trauma and with its heady and easy-to-remember refrain (based on “tu tu tu du tu tudu”), it could be a fire in the room!

Do we really need to tell you why we wait the most to hear this song? From the album Funhouse, the sound had reached the top of the charts and still today it sounds like one of the biggest hits of P! nk!

Glitter In The Air

So yes … We are not going to ambush on this title but as we told you above, P! Nk has been known for some time for its acrobatics on stage, and as much to tell you that with Glitter In The Air, it will fly away!