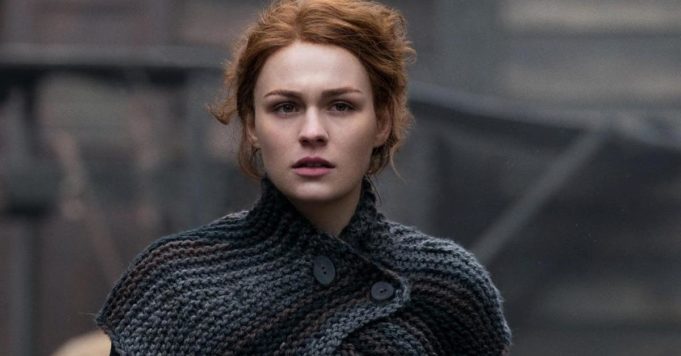 Outlander is a dramatic series and the characters are victims of many traumas. Moreover, Sophie Skelton confided in the sexual violence that takes place in the series.

Outlander is based on the saga of novels by Diana Gabaldon and some scenes are particularly shocking. The main characters were victims of rape and these scenes were reproduced on the screen. We obviously think of the rape of Jamie by Black Jack Rendall, that of Brianna by Stephen Bonnet and more recently, Claire who was sexually assaulted by Lionel Brown and his men in the Season Finale of season 5 of Outlander. If some fans were particularly shocked by such violence, Sophie Skelton made some confidences on this subject. Thinking about the script, which is part of the novels Outlander, Brianna’s interpreter explained that she thought it was sexual violence “shameful” which was included in the series.

During an interview with Town & Country, Sophie Skelton has confided deeply about the scenes of sexual violence that take place in Outlander. She revealed: “It’s a shame in the sense that there is so much sexual violence in the series because I think it must be extremely difficult for some people to watch. But I think the way Outlander manages it is ultimately good. I think we live our trauma and our joys through the characters. I just hope it helps more than annoy people. “. The actress hopes that Brianna’s story will bring comfort to viewers who are victims of rape. In any case, it is possible that season 6 of Outlander is just as dramatic as the previous ones.