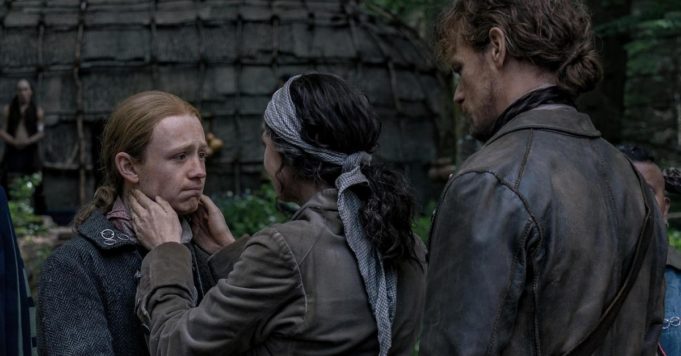 Outlander Season 6 has yet to kick off, but one question fans are asking about the sequel is whether the series will shed more light on Young Ian’s story.

In season 5 from Outlander saw Young Ian return to Claire and Jamie Fraser. The young Scotsman has returned to Fraser’s Ridge after more than a year of absence. He had traded places with Roger MacKenzie and joined the Native American Mohawk tribe. While Jamie and Claire Fraser were delighted to see him, Young Ian seemed a shadow of himself. To make matters worse, Young Ian was visibly grieved with deep sadness and refused to tell anyone about what was going on.. Jamie’s nephew even tried to end his life … But then, will his story be explained in season 6 from Outlander ?

Fans wonder about Young Ian’s past in Outlander. His experience within the Mohawk tribe is most mysterious, but it is obvious that he lived through a terrible tragedy. If fans are convinced he was heartbroken, Young Ian has not explained anything to those close to him. Season 6 from Outlander will be inspired by Diana Gabaldon’s novel, A Breath of Snow and Ashes, which will lift the veil on Young Ian’s backstory. In any case, the readers of the saga already know the reason for the anguish of the young man … Attention, the continuation contains spoilers. His failed marriage to a Native American woman, Emily, and the numerous miscarriages have upset Jamie’s nephew. This season 6 of Outlander promises to be once again thrilling and moving. While waiting to learn more, don’t forget to vote every day for your favorite series during the 2020 Series World Cup by clicking HERE.